Aditya Dasgupta — Weapons of the Weak: The Violent Consequences of Biased Technological Change 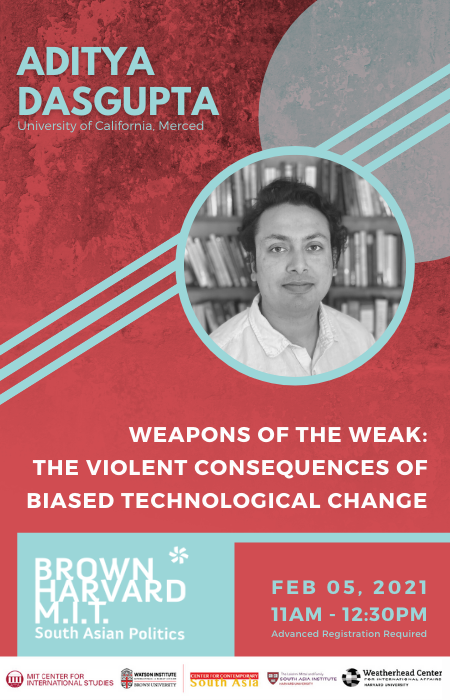 Adi Dasgupta is assistant professor of political science at the University of California, Merced. He completed his PhD at Harvard University and was previously a postdoc at Stanford University.