The Biden Administration: What to Expect 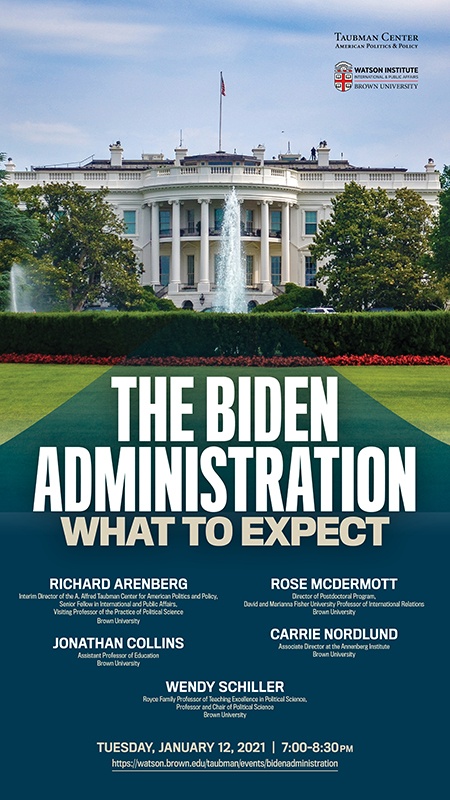 On January 20, 2021 at noon, the Chief Justice of the United States will administer the oath of office to America’s 46th president, Joseph R. Biden, Jr.

After a rancorous campaign and a sustained effort by the defeated incumbent president to discredit and overturn the results of the vote, all eyes will shift to President Biden. Expectations will now run high. This includes repairing what some see as the damage left behind by the previous administration, successfully bringing the nation back from the darkest period of the pandemic, restoring a vibrant economy, and taking firm new steps to combat systematic racism among a pallet of other pressing issues like climate change, immigration policy, infrastructure, and foreign policy challenges across the globe.

The American tradition of a honeymoon period of cooperation by and with the opposition party at the start of a new administration has atrophied in recent history. Will the new president’s pedigree as a longtime member of the Senate and as a former vice president facilitate any return to bipartisanship?

The Taubman Center for American Politics and Policy will present “The Biden Administration: What to Expect” featuring a distinguished panel of Brown faculty experts. Join students, faculty, alumni world-wide, and the interested public for a wide-ranging analysis and discussion of the potential policy and politics of the incoming administration, the closely divided Congress, and the likely continued public opposition from former President Donald Trump.

In light of the attack on the U.S. Capitol on January 6th, the panel will also discuss how this event impacts the incoming Administration and the Trump Administration's legacy.

The panelists for this event will be: