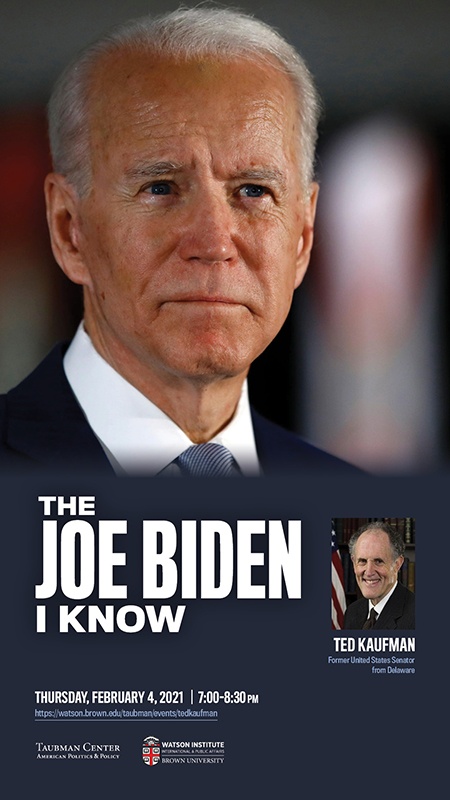 Kaufman served on Biden’s Senate staff for 22 years, including 18 years as Chief of Staff. In 2008, following Biden’s election as Barack Obama’s vice-president, he was appointed to serve as senator by Delaware Governor Ruth Ann Minter. Most recently, Senator Kaufman has served as the head of the Biden transition team. He is one of the most important and influential figures around the new president.

Senator Kaufman will join Taubman Interim Director, Professor Richard Arenberg to discuss President Biden’s career in the U.S. Senate and as vice-president and the president’s legislative agenda, as well as prospects for restoring bipartisan cooperation and hopes of unifying the nation.