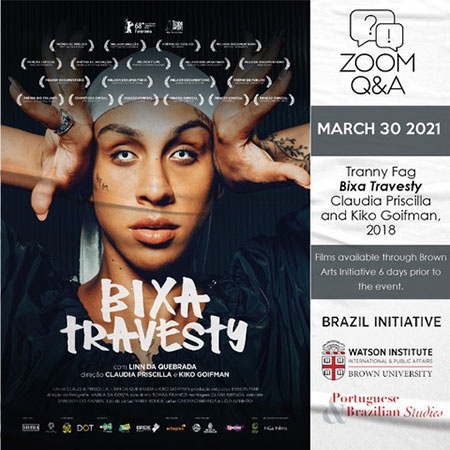 Bixa Travesty Synopsis: A portrait of transgender musician and artist Linn da Quebrada, who uses her body and performances as weapons to fight machismo, transphobia, and racism. She speaks of her growing up as a black queer in São Paulo's favelas, and the challenges of breaking into Brazil's heteronormative funk scene.

Linn da Quebrada is a Brazilian multi-artist. In addition to the album Pajubá (2017), Linn hosts a talk show and also acts in cinema and TV. Travesti and "artivist", Linn has reached and conquered territories in other countries and continents, in addition to Brazil, with a combative art that disputes spaces, narratives and imagination.