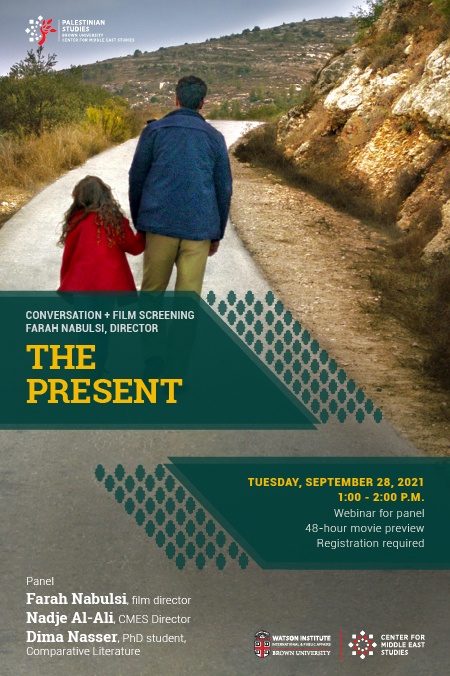 Synopsis: On his wedding anniversary, Yusef and his young daughter set out in the West Bank to buy his wife a gift. Between soldiers, segregated roads, and checkpoints, how easy is it to go shopping?

Farah Nabulsi is an Oscar-nominated and BAFTA Award-Winning Palestinian British filmmaker, born, raised, and educated in the UK. She left the corporate world in 2016 to start working in the film industry as a writer and producer of short fiction films, exploring topics that matter to her. This includes Today They Took My Son, endorsed by renowned British Director Ken Loach, screened at the United Nations, and officially selected to top tier international film festivals. In 2019, she directed her first film, The Present, which she also co-wrote. The film stars renowned actor, Saleh Bakri. It premiered at Clermont-Ferrand International Short Film Festival 2020 and won the coveted Audience Award for Best Film. It had its North American premiere at the Cleveland International Film Festival, where it won the Jury Award for Best Live Action Short, qualifying it for the 2021 Oscars.

While The Present continues to pick up numerous audience and jury awards as it continues with the film festival circuit around the world, it was nominated for The Academy Awards (the Oscars) and won a BAFTA Award for Best British Short Film 2021. It has also been licensed internationally, including to Canal+ (France), Pacific Voice (Japan), Telefonica (Spain) and Netflix Worldwide.

Farah is currently in development of her debut feature length film, The Teacher.