Jaime Harrison: Climbing the Hill: How To Build A Career In Politics And Make A Difference 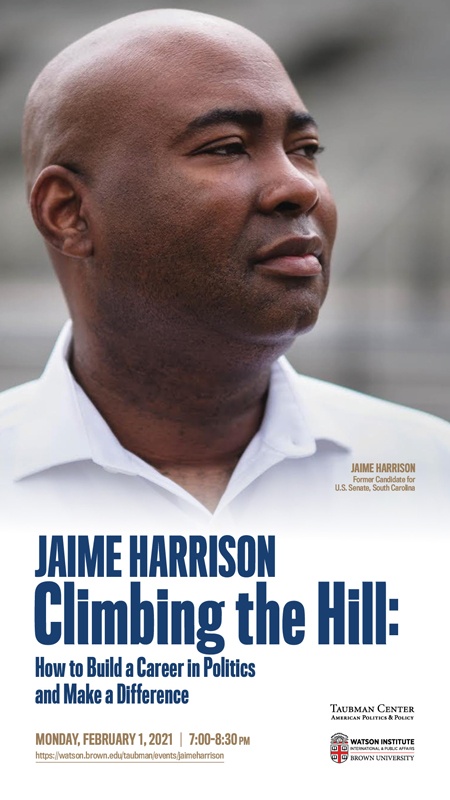 During the 2020 national elections, one of the most closely-watched, dynamic and surprising efforts was Jaime Harrison’s campaign for a U.S. Senate seat in South Carolina. While he was defeated by incumbent senator and prominent Trump supporter and advisor Senator Lindsey Graham. During that campaign, Harrison raised more than $100 million.

Harrison has since launched the “Dirt Road PAC” to “make sure the work goes on to protect democracy, elect leaders who will bring us together and restore a belief in the promise of America.”

He served as the chair of the South Carolina Democratic Party from 2013 to 2017 and is the new Chairman of the Democratic National Committee.

Jaime Harrison will join Taubman Interim Director, Professor Richard Arenberg for a discussion of political activism, Harrison’s own career, and the future of the Democratic party and the Biden Administration.