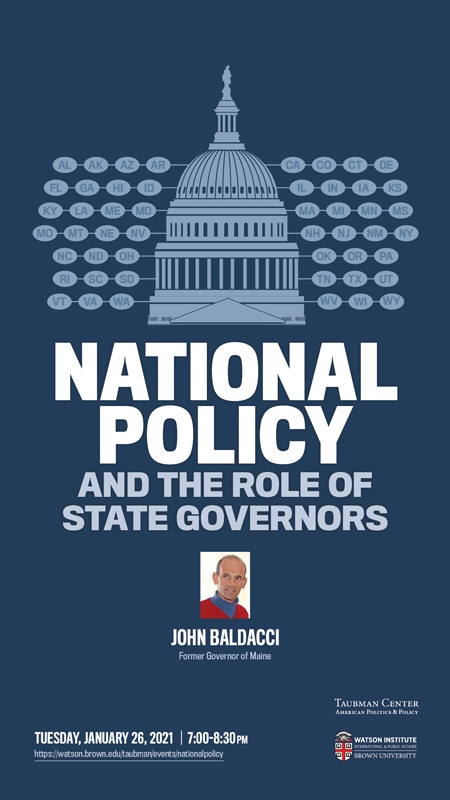 In the absence of a strong coordinated response to the coronavirus pandemic, much of the burden has fallen to the states, particularly governors. This has highlighted some of the strengths and weaknesses of American federalism.

Join Former Governor John E. Baldacci of Maine for a conversation with Taubman Center Interim Director, Professor Richard Arenberg exploring the role which governors have played in addressing the pandemic and the distribution of the vaccine as well as other national issues.

Governor Baldacci served as Maine’s governor for two terms from 2003-2011. Prior to that, he represented Maine’s 2nd Congressional District in the U.S. Congress from 1995 to 2003. He began his political career at 23 when he was elected to the Bangor City Council. In 1982, he was elected to the Maine State Senate, where he served for twelve years.

While governor, Baldacci won approval for major initiatives including a comprehensive reform of the state’s health care system, and the Pine Tree Zone program, which provides tax incentives to encourage business growth in targeted areas of Maine.