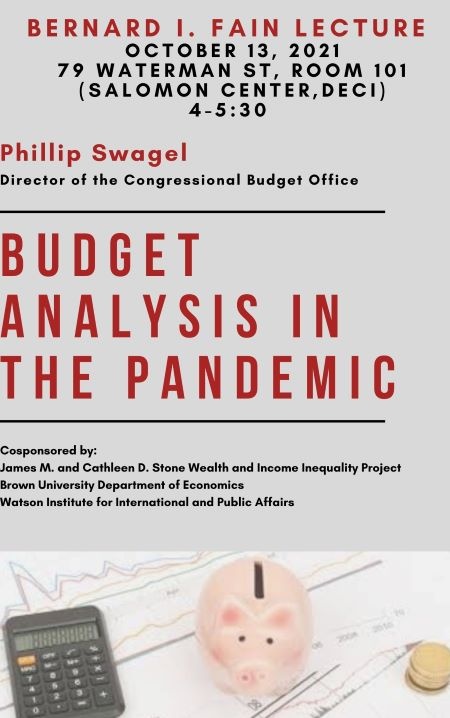 Phill Swagel, Director of the Congressional Budget Office, will deliver the Bernard I. Fain Lecture.

Phillip Swagel became the 10th Director of the Congressional Budget Office on June 3, 2019. Previously, he was a professor at the University of Maryland’s School of Public Policy and a visiting scholar at the American Enterprise Institute and the Milken Institute. He has also taught at Northwestern University, the University of Chicago’s Booth School of Business, and Georgetown University. His research has involved financial market reform, international trade policy, and China’s role in the global economy.

From 2006 to 2009, Dr. Swagel was Assistant Secretary for Economic Policy at the Treasury Department, where he was responsible for analysis of a wide range of economic issues, including policies relating to the financial crisis and the Troubled Asset Relief Program. He has also served as chief of staff and senior economist at the Council of Economic Advisers in the White House and as an economist at the Federal Reserve Board and the International Monetary Fund. He earned his Ph.D. in economics from Harvard University and his A.B. in economics from Princeton University.

Co-sponsored by the James M. and Cathleen D. Stone Wealth and Inequality Project, the Department of Economics, and the Watson Institute for International and Public Affairs. The Fain Lecture honors the memory of Bernard I. Fain, a member of the Brown University class of 1952.