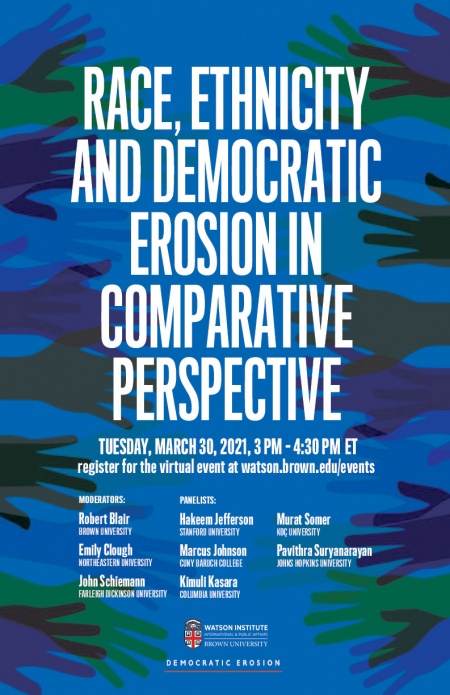 What role has race or ethnicity played in increasing polarization on the one hand and the growth of populism on the other in both the US and beyond? What are important similarities and differences between the US case and cases from Latin America, Sub-Saharan Africa, South Asia, and the Middle East? What is the relationship between polarization and the resurgence of open white nationalism in the US? More broadly, what are the effects of the interaction between ethnic politics and polarization on democratic erosion? How has ethnic nationalism and other forms of ethnic/racial politics shaped democratic institutions like elections, political parties, and the protection of political and civil rights? What is the significance of Black Lives Matter above and beyond the struggle for racial justice for resisting democratic erosion?