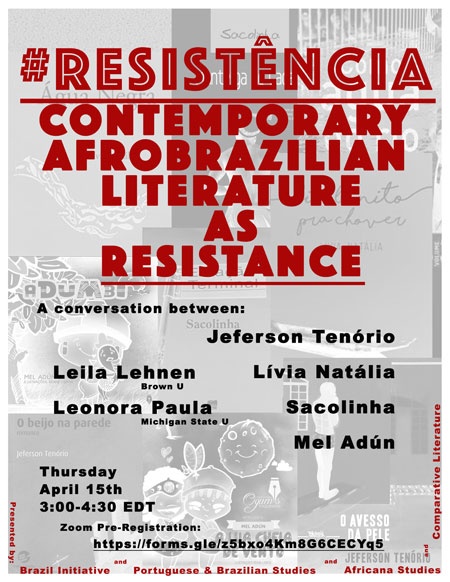 The panel will broach questions such as:

- Does AfroBrazilian literature functions as a site of resistance?

- How do these writers understand (both individually and collectively) culture as a form of resistance?

- Can literature offer a sense of futurity, whether by claiming space for AfroBrazilian culture and identity or specifically broaching Afro-Futurist themes and topics.