Revolt Against the Sun 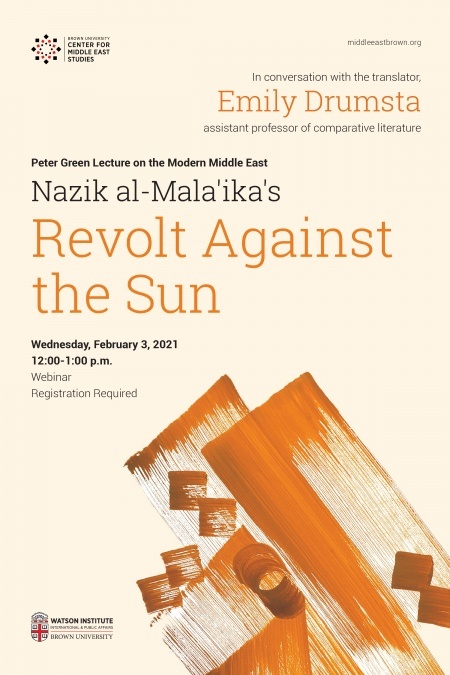 The Iraqi poet Nazik al-Mala’ika was one of the most important Arab poets of the twentieth century. Over the course of a four-decade career, her contributions to both the theory and the practice of free verse (or tafʿilah) poetry confirmed her position as a pioneer of Arab modernism.

Revolt Against the Sun presents a selection of Nazik al-Mala’ika’s poetry in English for the first time. Bringing together poems from each of her published collections, it traces al-Mala’ika’s transformation from a lyrical Romantic poet in the 1940s to a fervently committed Arab nationalist in the 1970s and 1980s. The translations offer both an overview of her life and work and an insight into the political and social realities in the Arab world in the decades following the Second World War.

Featuring a comprehensive historical and critical introduction, this bilingual reader reveals how one woman transformed the landscape of modern Arabic literature and culture in the twentieth century. It is a key resource for students and teachers of Arabic and world literature, as well as for readers interested in discovering an alternative narrative of modern Iraqi culture.

Translator for this event, Emily Drumsta, is an assistant professor of comparative literature at Brown University. She has published articles in Research in African Literatures, Social Text, and Middle Eastern Literatures, and has a chapter in the forthcoming volume The Routledge Handbook of Arabic Translation. Her translations from Arabic have also appeared in McSweeney’s, Asymptote, Jadaliyya, and ArabLit.