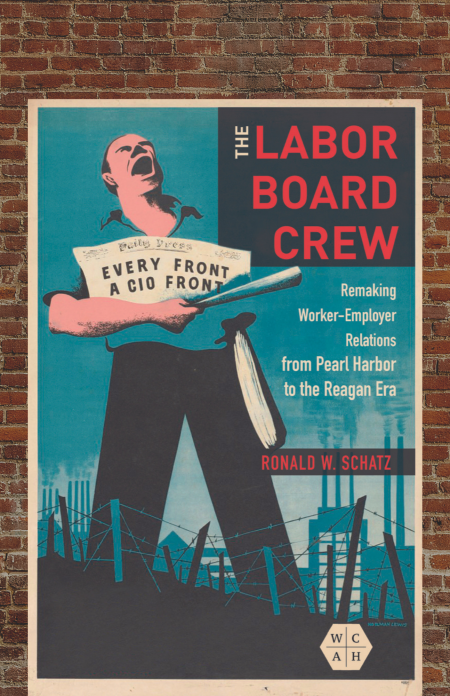 Register here to join the webinar or tune in on Watson's YouTube channel.

Ronald W. Schatz will join the Rhodes Center to discuss his latest book,"THE LABOR BOARD CREW Remaking Worker-Employer Relations from Pearl Harbor to the Reagan Era" which tells the story of the team of young economists and lawyers recruited to the National War Labor Board to resolve union-management conflicts during the Second World War. The crew (including Clark Kerr, John Dunlop, Jean McKelvey, and Marvin Miller) exerted broad influence on the U.S. economy and society for the next forty years. They handled thousands of grievances and strikes. They founded academic industrial relations programs. When the 1960s student movement erupted, universities appointed them as top administrators charged with quelling the conflicts. In the 1970s, they developed systems that advanced public sector unionization and revolutionized employment conditions in Major League Baseball.

Schatz argues that the Labor Board vets, who saw themselves as disinterested technocrats, were in truth utopian reformers aiming to transform the world. Beginning in the 1970s stagflation era, they faced unforeseen opposition, and the cooperative relationships they had fostered withered. Yet their protégé George Shultz used mediation techniques learned from his mentors to assist in the integration of Southern public schools, institute affirmative action in industry, and conduct Cold War negotiations with Mikhail Gorbachev.

Ronald W. Schatz is a professor of history at Wesleyan University. He is the author of The Electrical Workers: A History of Labor at General Electric and Westinghouse, 1923–60.