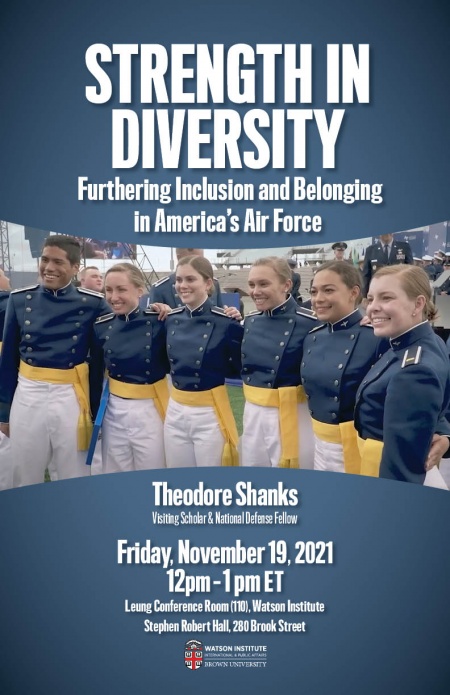 Strength in Diversity will focus on the importance of diversity in the National Defense enterprise, as well as review the US Air Force’s continuing efforts to foster a more representative force. This lecture will provide an overview of the Air Force’s recent Racial Disparity Review, discuss ongoing Diversity and Inclusion initiatives within the Air Force personnel system, and review recent developments and policies which further representation within the US Air Force.