A Conversation With Judge Frank Caprio 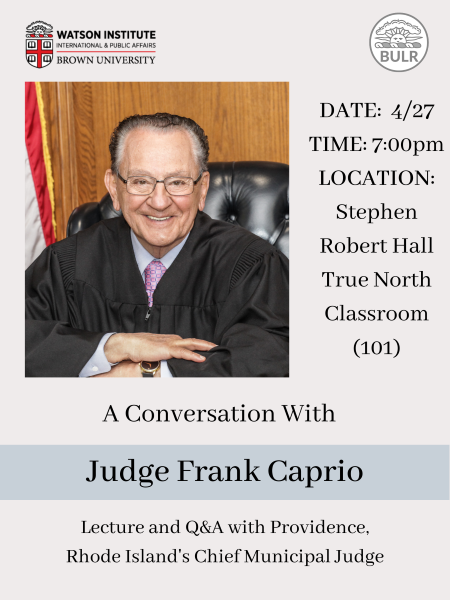 Join the Brown Undergraduate Law Review as we host Providence's Chief Municipal Judge Frank Caprio for a lecture followed by a Q&A. A native of Providence, Mr. Caprio has served as a Providence Municipal Judge since 1985. Judge Caprio's TV series, Caught in Providence, features the Judge's proceedings over low-level citations and has garnered millions of views on television and YouTube. Judge Caprio will discuss his career, how he balances being a public persona and a public jurist, and advice for those pursuing legal careers.