Prospects for Peace in Ukraine: The Non-Military Aspect 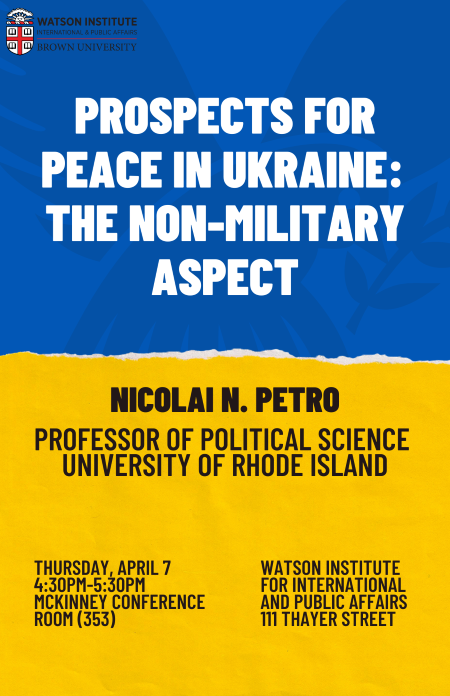 Nicolai N. Petro is Professor of Political Science at the University of Rhode Island, where he previously held the Silvia-Chandley Professorship of Peace Studies and Nonviolence. His scholarly awards include two Fulbright awards (one to Russia and one to Ukraine), a Council on Foreign Relations Fellowship, and research awards from the Foreign Policy Research Institute, the National Council for Eurasian and East European Research, the Kennan Institute for Advanced Russian Studies in Washington, D.C., and the Hoover Institution at Stanford University. In 2021 he was a Visiting Fellow at the Institute of Advanced Studies at the University of Bologna, Italy.