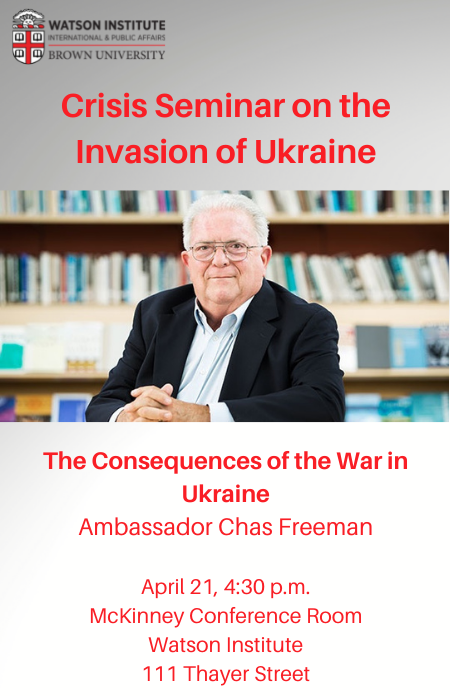 Join the Watson Institute for an informal discussion of Russia's invasion of Ukraine. Watson visiting professor Lyle Goldstein will lead the group discussion, open to all students, faculty, and staff. This week Watson Senior Fellow Ambassador Chas Freeman will open the seminar with a discussion of "The Consequences of the War in Ukraine."