Thomas Graham ─ Putin’s Gambit: Why He Chose War and How it Will End 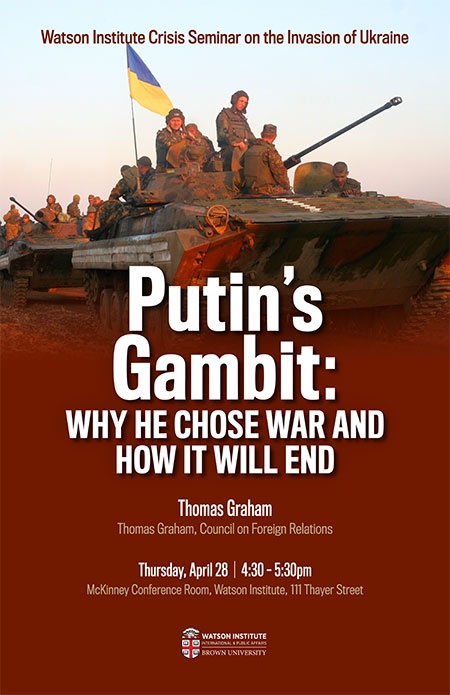 Thomas Graham is a distinguished fellow at the Council on Foreign Relations. He is a cofounder of the Russian, East European, and Eurasian studies program at Yale University and sits on its faculty steering committee. He is also a research fellow at the MacMillan Center at Yale. He has been a lecturer in global affairs and political science since 2011, teaching courses on U.S.-Russian relations and Russian foreign policy, as well as cybersecurity and counterterrorism. Graham was special assistant to the president and senior director for Russia on the National Security Council staff from 2004 to 2007, during which he managed a White House-Kremlin strategic dialogue. He was director for Russian affairs on the staff from 2002 to 2004.