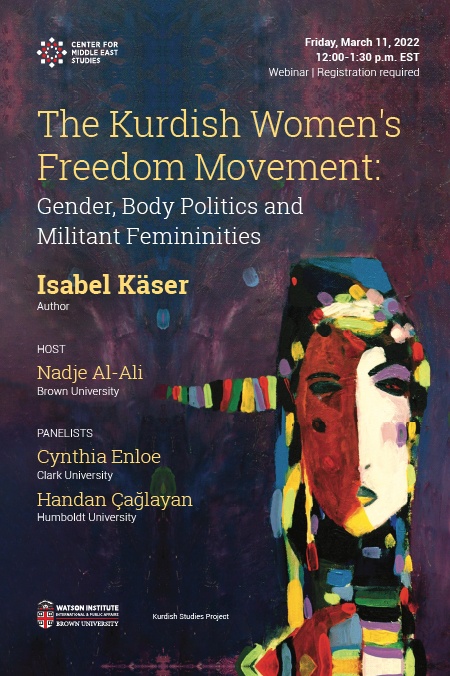 About the Book:
Amidst ongoing wars and insecurities, female fighters, politicians, and activists of the Kurdish Freedom Movement are building a new political system that centers on gender equality. Since the Rojava Revolution, the international focus has been especially on female fighters, a gaze that has often been essentializing and objectifying, brushing over a more complex history of violence and resistance. Going beyond Orientalist tropes of the female freedom fighter, and unpacking the movement's discourse and practices around the 'free woman,' Isabel Käser looks at personal trajectories and everyday processes of becoming a militant in this movement. Based on in-depth ethnographic research in Turkey and Iraqi Kurdistan, with women politicians, martyr mothers, and female fighters, she looks at how norms around gender and sexuality have been rewritten and how new meanings and practices have been assigned to women in the quest for Kurdish self-determination. Her book complicates prevailing notions of gender and war and creates a more nuanced understanding of the everyday embodied epistemologies of violence, conflict, and resistance.

About the Author:
Isabel Käser is a postdoctoral researcher at the University of Bern and a visiting fellow at the LSE Middle East Centre. She gained her PhD at SOAS and has previously worked in journalism and diplomacy, most recently leading the research project "Art in Peace Mediation" for the Swiss Federal Department of Foreign Affairs. She has lectured at the University of Bern and the University of Kurdistan Hewlêr (UKH), and is currently the principal investigator of a collaborative project between the LSE and the UKH titled, "The Kurdistan Region of Iraq Post-ISIS: Youth, Art and Gender."

Cynthia Enloe is research professor at Clark University. Among her books are "The Big Push: Exposing and Challenging Persistent Patriarchy," the updated edition of "Bananas, Beaches and Bases," as well as "Nimo's War, Emma's War: Making Feminist Sense of the Iraq War."

Handan Çağlayan is the author of the book Women in the Kurdish Movement: Mothers, Comrades, Goddesses (Palgrave 2020). She is currently a guest researcher at Humboldt University and has been working with immigrant Arab, Kurdish, and Turkish women. Between 2017 and 2019, Handan Çağlayan was a guest researcher at the Otto-Friedrich University in Bamberg. She has also been teaching at a Turkey-based online human rights school since 2018, and at the Human Rights Department at the University of Ankara. During and after obtaining her PhD at the University of Ankara, she worked with trade unions and women NGOs as a gender equality expert and lecturer. Among these organizations were Egitim Sen (Trade Union of Education and Science Workers) and KADER (Association for the Support of Women Candidates). Her areas of expertise and academic interest are gender, nationalism, women’s labour, migration, and sociolinguistics.