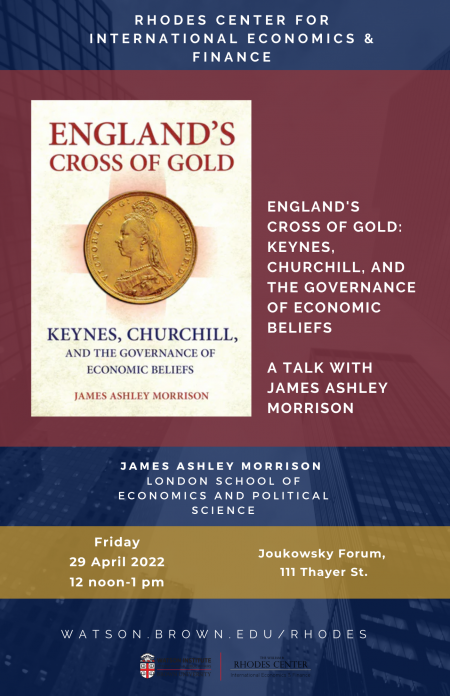 In the wake of the First World War, Winston Churchill promised to restore the ancient English gold standard—and thus Britain’s greatness. It proved to be one of the most momentous—and ill-advised—decisions in financial history.  From the vicious peace settlement at Versailles to the Great Depression, the gold standard was central to the worst disasters of the time. Economically, it exacerbated the difficulties of repairing economies shattered by war. Politically, it set countries at odds as each endeavored to amass gold, sowing the seeds of further strife.  What drove this diabolical crusade? The traditional view is that this movement followed inevitably from the dictates of material interests and deep structural forces.  England’s Cross of Gold challenges this account, offering an entirely new look at the struggles among elites in London to define, and redefine, the gold standard—from the first discussions during the War; through the titanic clash between Chancellor of the Exchequer, Winston Churchill, and world-famous economist, John Maynard Keynes; to the final, ill-fated implementation of the “new gold standard.”  Grounded in extensive archival research–including much previously neglected material–this book reveals that these events turned crucially on the beliefs of a handful of pivotal policymakers. It recasts the legends of Churchill, Keynes, and their collision. And it shows that the gold standard itself was a metaphysical abstraction rooted more in mythology than concrete material reality.

James Ashley Morrison is an Assistant Professor in the Department of International Relations at the London School of Economics and Political Science. He specializes in International Political Economy.