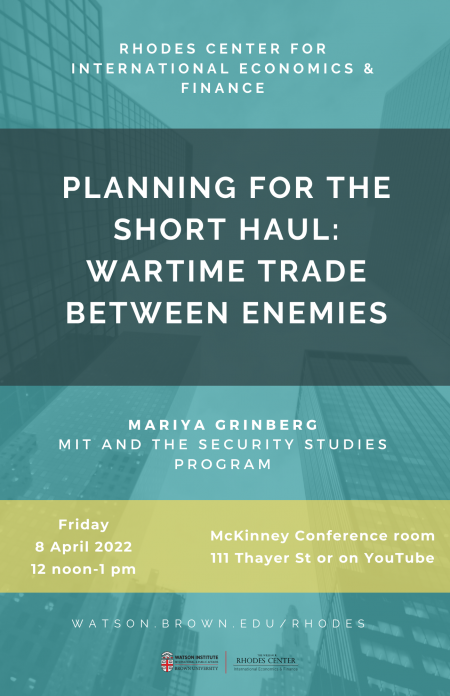 In times of war, why do states continue to trade with their enemies?

Conventional wisdom assumes that trade is the first casualty of war; leaders sever trade because the gains from trade can be converted into military capability by the enemy. However, I argue that states make deliberate choices when setting their wartime commercial policies and that these policies are tailored to match the type of war the state is expecting to fight. Specifically, states seek to balance two goals – minimizing the ability of the opponent to benefit from the security externalities of trade and maximizing revenue from continued trade during the war. As a result, states have two reasons to continue trading with their enemies during war. First, states trade in products that their opponents take a long time to convert into military capabilities, because the security externalities from this trade will not help the opponent win the war. Second, states trade in products that are essential to the domestic economy but can be obtained only from the opponent, because sacrificing this trade would also impair the state’s long term security.

Furthermore, states revise their wartime commercial policies based on how well they are doing on the battlefield. As the expected length of war increases, the number of prohibited products will increase since the opponent will have more time to benefit military from the gains of trade. Similarly, the closer the war gets to being existentially threatening, the more wartime trade with the enemy the state will be willing to give up to ensure its survival. I test this theory using the comparative case study method, looking at the Crimean War (1853-1856), World War I and World War II.

Mariya Grinberg is an Assistant Professor of Political Science at MIT.