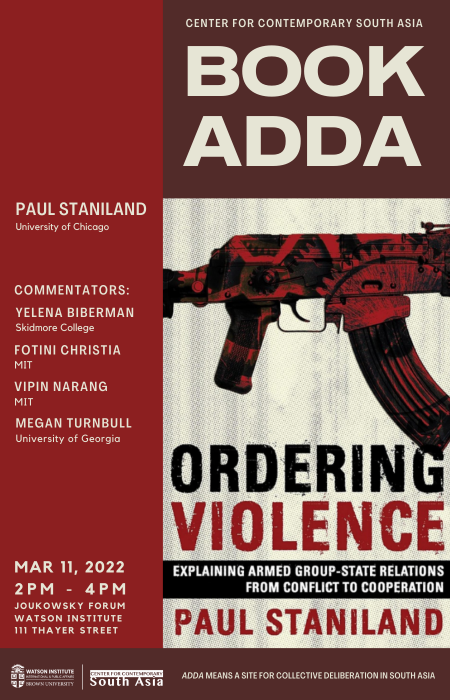 Paul Staniland is an Associate Professor of Political Science at the University of Chicago and a nonresident scholar in the South Asia Program at the Carnegie Endowment for International Peace. Staniland is the faculty chair of the Committee on International Relations MA program and an Associate Director of the Chicago Project on Security and Threats. His research focuses on political violence and international security in South Asia. His first book, Networks of Rebellion: Explaining Insurgent Cohesion and Collapse, was published by Cornell University Press in 2014. His second book, Ordering Violence: Explaining Armed Group-State Relations from Conflict to Cooperation, will be published by Cornell in 2021. Staniland is in the early stages of a book project on the consequences of major power competition for the internal politics of “swing” states in South and Southeast Asia since 1945.