Ruba Salih ─ Nature, Displacement and the Anthropocene in Palestine: A View From the Already Extinct 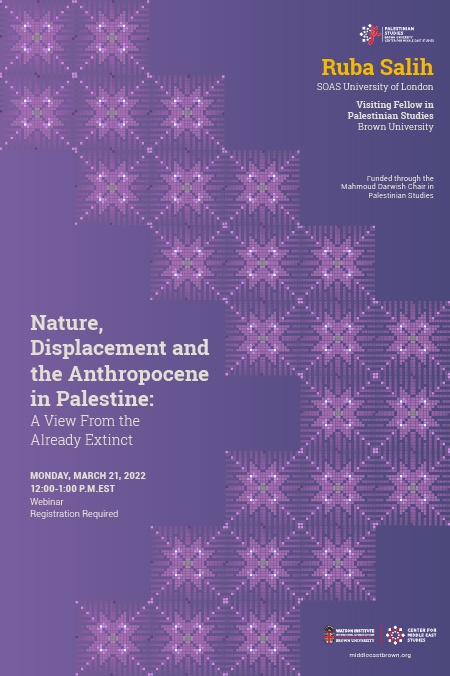 Funding courtesy of the Mahmoud Darwish Chair in Palestinian Studies at Brown University.

Fall 2021 Visiting Fellow in Palestinian Studies at Brown University, Ruba Salih, is a professor at the Department of Anthropology and Sociology of the School of Oriental and African Studies (SOAS), University of London. Her research interests and writing cover transnational migration and diasporas across Europe, the Middle East and North Africa, Islam and gender, the Palestine question, and refugees. She has been a visiting scholar at the University of Cambridge and at Ca’ Foscari University of Venice.