Steps to Take Now to Succeed Later: A Q&A with Jim Kim 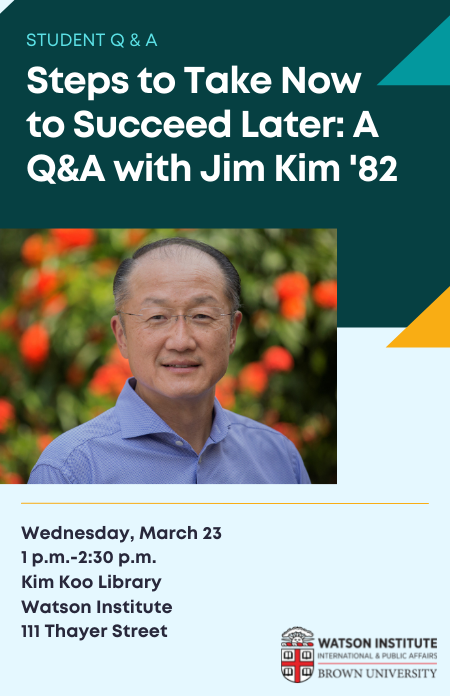 Dr. Jim Kim '82, former President of the World Bank, will meet with students to discuss what they can do now to prepare for their future career growth. The world needs new ideas, and Brown students have them. This Q&A session will focus on supporting students who are committed to making a difference, but might not be sure of the best way to launch!