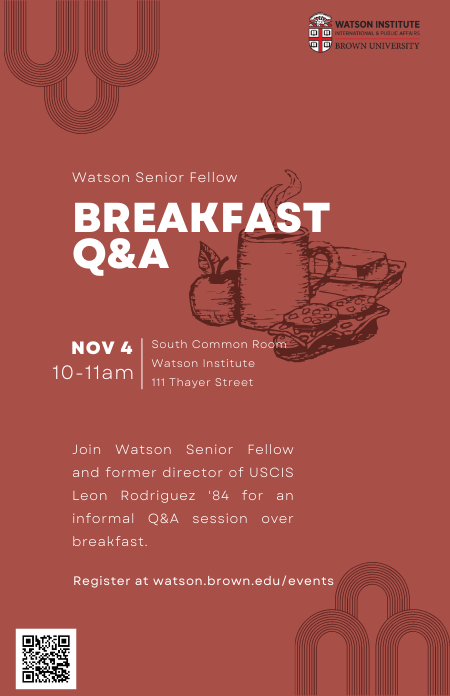 Students are invited to join Watson Senior Fellow and Brown alum Leon Rodriguez for an informal Q&A session over breakfast. Come prepared with your questions!