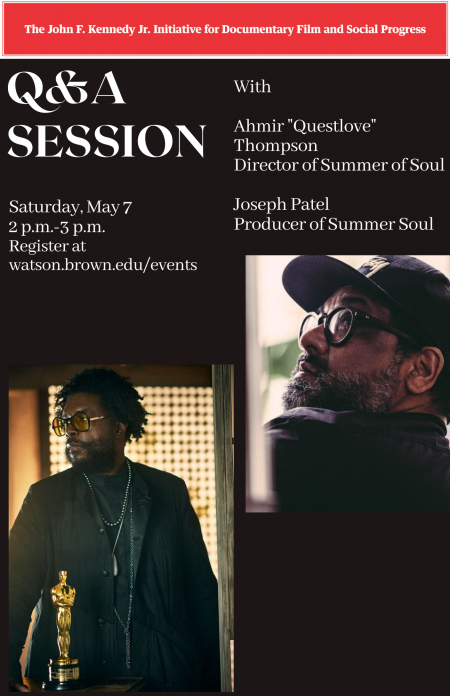 The student meeting has been postponed, and will be rescheduled in September.

Students interested in a career in filmmaking are invited to meet with producer Joseph Patel and director Ahmir “Questlove” Thompson for a Q&A session.

Joseph Patel is an award-winning producer, director, and writer on documentaries and short films. He recently produced the feature documentary SUMMER OF SOUL (…OR, WHEN THE REVOLUTION COULD NOT BE TELEVISED), directed by Ahmir “Questlove” Thompson, winner of the Academy Award for Best Documentary Feature.

Patel began his career as a music and culture journalist. He produced and directed television and digital content for MTV News & Docs and Vice Media and later served as Creative Director at The Fader and Vevo. Patel is directing an upcoming documentary based on the best-selling book Contact High: A Visual History of Hip-Hop.