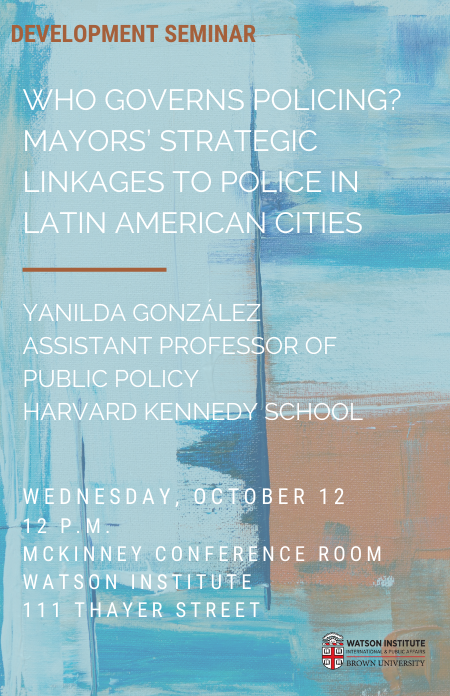 What explains the variation in mayors’ strategic linkages with police forces they do not formally control? This question is of central importance in Latin America, home to 43 of the 50 most violent cities in the world. As mayors with limited to no authority over police came to see their electoral fortunes affected by citizen demands for security, some have expanded the role of municipal governments in policing. Others, however, deliberately constrained their role in this electorally risky area. Drawing on within and cross-case comparisons of São Paulo, Colombia, and Mexico City, we argue and show that variation in mayors’ strategic linkages to policing and security is shaped by electoral incentives for responsiveness and constraints that impose responsibility and risk of shirking by police. Our findings speak to an emerging research agenda placing policing at the center of our understanding of urban governance and democratic responsiveness more broadly.

Yanilda María González is an Assistant Professor of Public Policy at the Harvard Kennedy School. Her research focuses on policing, state violence, and citizenship in democracy, examining how race, class, and other forms of inequality shape these processes.