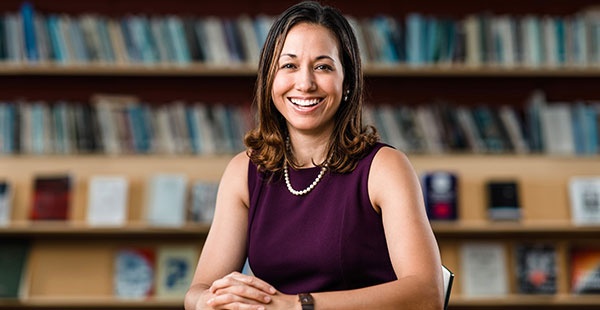 Aileen Teague is a postdoctoral fellow at the Watson Institute for International and Public Affairs. After completing her fellowship at the Watson Institute, she will begin her appointment as Assistant Professor of International Affairs at Texas A&M University’s Bush School of Government and Public Service. She earned her Ph.D. in History from Vanderbilt University in 2018. Born in Colon, Panama, Aileen travelled the world as part of a military family, and served in the U.S. Marine Corps. She has taught classes on U.S. history, as well as thematic courses addressing issues such as interventionism, drug enforcement, national security, and addiction in U.S. culture. Aileen enjoys providing a voice on how history has shaped current social and political issues. Her opinion pieces have appeared in History News Network, The Conversation, and Time magazine.

Aileen’s research interests focus broadly on questions of interventionism, militarization, and incorporating top-down and bottom-up perspectives to understand the effects of Unites States policies on foreign societies. Her research examines the effects of United States drug policies and policing efforts on 1970s Mexican politics and society. Aileen is currently drafting a book manuscript, which is based on her dissertation, Americanizing Mexican Drug Enforcement: The War on Drugs in Mexican Politics and Society, 1964–1982. The study incorporates a transnational approach, using archival sources from Mexico and the United States to explore the origins of bilateral drug enforcement measures and their relationship to Mexican state formation and U.S. domestic drug issues. Aileen’s project also sheds new light on how local histories of political instability shaped the Mexican government’s response to the U.S. war on drugs. Her research has received support from organizations, including Fulbright, the Society for Historians of American Foreign Relations, and most recently, the Center for U.S.-Mexican Studies at the University of California, San Diego, where she served as a visiting fellow.

“Mexico’s Dirty War on Drugs: Source Control and Dissidence in Drug Enforcement,” in “U.S. Foreign Relations and the New Drug History,” Special Volume of The Social History of Alcohol and Drugs: An Interdisciplinary Journal, April 2019.

The U.S. War on Drugs: From History to Policymaking and Beyond (Spring 2019)