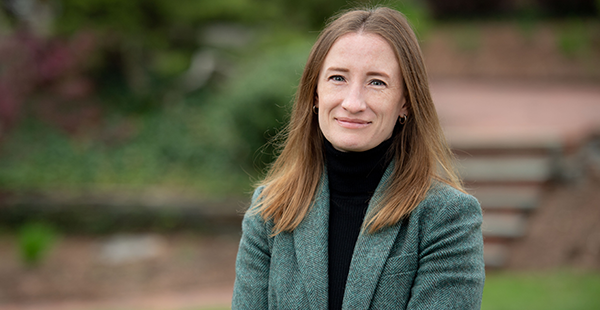 Areas of Interest: Materiality of violence; law and criminalized livelihoods; discourses and infrastructures of security; technologies of injury; politics and ethics of representation; ethnography as method and storytelling.

Jusionyte’s scholarship explores the intrinsic conceptual and material relationship between state and violence that underlies the social phenomenon we call "security." She uses ethnography as a method and a form of storytelling to examine the narratives, aesthetics, and practices that underlie security. Based on fieldwork with Argentine news journalists and with Mexican and American emergency responders, her two books examine the power asymmetries that underlie the legal and political construction of threats and the manifold social effects these discourses, policies, and practices have in communities where they are applied. While the first one, Savage Frontier: Making News and Security on the Argentine Border (University of California Press 2015) focuses on the production of knowledge about crime and representation of security as a process that is scalar and contested, in which journalists play a role in defining the meanings of both crime and security, the attention in the second book, Threshold: Emergency Responders on the U.S.-Mexico Border (University of California Press, 2018), shifts to the materiality of security, particularly the importance of terrain, both the built environment and natural topography, in facilitating social and physical injury as two braided modalities of state violence. Both books approach state violence through the ethnographic and analytic focus on work – that of journalists and that of emergency responders – and the ethical, political and legal dilemmas that workers grapple with because of their professional mandates.

In addition to two books, Jusionyte has published a number of articles on topics that are central to social scientists studying statecraft, violence, and security, including phenomena that circumscribe their meanings, such as the media.

Jusionyte is currently doing research for a third book project on firearms that circulate in the binational space between the United States and Mexico, both as policy objects and cultural artefacts. Stradling medical and political-legal anthropology, the manuscript, tentatively titled Exit Wounds, takes a narrative approach to public scholarship to examine the social production and communal effects of firearm injuries.

2020. Jusionyte, Ieva. "Writing in and from the Field." In Writing Anthropology: Essays on Craft and Commitment, C. McGranahan, ed. Durham: Duke University Press.

"What Emergency Responders Face on the US-Mexico Border." Interview for NPR’s The Takeaway at WNYC Studios, November 20, 2018.