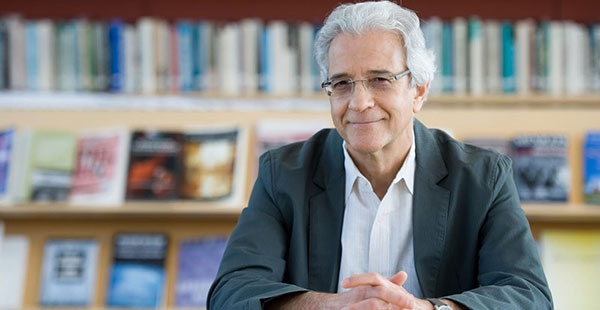 Born in Israel and educated at Tel Aviv University and St. Antony's College, Oxford, Omer Bartov's early research concerned the Nazi indoctrination of the Wehrmacht and the crimes it committed in World War II, analyzed in his books, The Eastern Front, 1941-1945 (1985) and Hitler’s Army (1991). He then turned to the links between total war and genocide, discussed in his books Murder in Our Midst (1996), Mirrors of Destruction (2000), and Germany’s War and the Holocaust (2003), as well as to the role of stereotypes in representations of violence, leading to his study, The “Jew” in Cinema (2005). Bartov’s growing interest in Eastern Europe is reflected in his study Erased: Vanishing Traces of Jewish Galicia in Present-Day Ukraine (2007), which investigates the politics of memory in the borderlands of Eastern Europe. As a framework for this research, he led a multi-year collaborative project at the Watson Institute, culminating in the co-edited volume, Shatterzone of Empires. Bartov's most recent book is Anatomy of a Genocide: The Life and Death of a Town Called Buczacz (2018), where he reconstructs the transition of an interethnic community from long-term coexistence to genocidal violence. He is now working on a monograph titled "Tales from a Vanished World: Small-Town Galician Encounter Modernity." Bartov directed the project “Israel-Palestine: Lands and Peoples” at the Watson Institute in 2015-2018, and now heads a three-year student exchange program between Brown and the Hebrew University. He is in the early stages of researching a book on “Israel, Palestine: A Personal Political History.”

My new book, Anatomy of a Genocide: The Life and Death of a Town Called Buczacz, investigates the dynamic that transforms a community of coexistence into one of genocide. Composed of a mixed Jewish-Polish-Ukrainian population for centuries, in World War II Buczacz experienced the murder of its Jewish inhabitants by Germans and local collaborators, and the ethnic cleansing of its Polish population by Ukrainian nationalists. While the general outlines of the Holocaust are known, the manner in which genocide unfolded on the ground is not well understood. By delving deeper into the past and providing the perspective of all groups involved in the event, I argue, we can better grasp local genocide.

My next research project, “Israel, Palestine: A Personal Political History,” will examine the links to the land by the first generation of Jews and Palestinians born into the newly established state of Israel.

Anatomy of a Genocide: The Life and Death of a Town Called Buczacz (New York: Simon & Schuster, 2018).

The “Jew” in Cinema: From The Golem to Don’t Touch My Holocaust (Bloomington & Indianapolis: Indiana University Press, 2005).

Interview on Anatomy of a Genocide for the Smithsonian: January 26, 2018