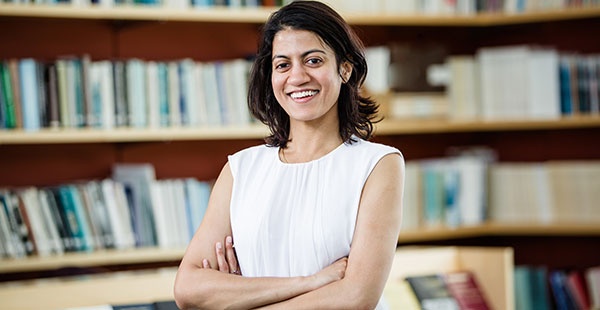 Sreemati Mitter is the Kutaiba alGhanim Assistant Professor of Middle Eastern History and International and Public Affairs at Brown University. She is completing her first book, entitled “A History of Money in Palestine: From the 1900s to the Present.” Her work examines the economic and monetary dimensions of statelessness. Her broader academic interests include the economic, social, and political history of the modern Middle East. Mitter was a post-doctoral research fellow in history at the Institute for Advanced Study in Toulouse (IAST), at the Toulouse School of Economics in Toulouse, France, from 2014-2016. She received her Ph.D. in history from Harvard University’s history department in 2014 and an AM in history from the same department in 2008. She earned a Master's in Public Policy from the Harvard Kennedy School in 2005, and a BA in Economics from Middlebury College in 1999. She previously worked for the Palestine Investment Fund in Ramallah, Palestinian Territories and at Credit Suisse in New York, for the Energy and Project Finance Group of its Investment Banking Division.

Professor Mitter’s work on the economic history of the Middle East focuses on the relationship between economic behavior and statelessness. She explores how the condition of statelessness, which is usually thought of as a political problem, affects the economic and monetary lives of ordinary people. She approaches this question by examining the economic behavior of a stateless people, the Palestinians, over a hundred year period, from the last decades of Ottoman rule in the early 1900s to the present.