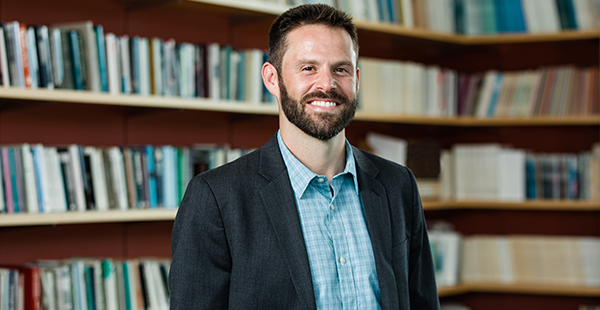 Nicholas Barnes is currently a Postdoctoral Fellow at the Watson Institute for International and Public Affairs after receiving his PhD in political science from the University of Wisconsin-Madison. He was born and raised in Cedar Rapids, Iowa, where he also attended Coe College. He then received a Master’s in Science from University College Dublin in Nationalism and Ethno-Communal Conflict and spent a year in Israel as a Rotary Ambassadorial Scholar. His research has been funded by the Harry Frank Guggenheim Foundation, the National Science Foundation, the Social Science Research Council’s Drugs, Security and Democracy in Latin America and the International Dissertation Research Fellowships as well as the Department of Education through the Fulbright-Hays Doctoral Dissertation Research Abroad.

My research interests focus, broadly, on the causes and consequences of organized criminal violence. One branch of my research focuses on the relationships that develop between organized crime and populations subject to their authority. In my current book project, tentatively entitled "The Politics of Violence: Criminal Governance in Rio de Janeiro", I focus on the governance practices of drug trafficking gangs that dominate hundreds of Rio's favelas (shantytowns). It is primarily motivated by the following puzzle: why do some gangs develop responsive and beneficial governing relationships with populations under their control while others do not? In other work, I focus on how and why individuals and communities respond to organized crime. How do residents in communities where organized crime operates respond to violence and uncertainty? What kinds of treatment are they willing to endure? And why do they choose to resist or support these violent organizations? I explore these dynamics both in the book manuscript as well as several article-length projects. Finally, I also seek to understand the relationship between forms and categories of violence that have previously been studied in isolation. In this regard, I seek to integrate organized criminal violence within the broader literature on political violence, exemplified in a recent article, “Criminal Politics: An Integrated Approach to the Study of Organized Crime, Politics, and Violence” (Perspectives on Politics).

2017, "Criminal Politics: An Integrated Approach to the Study of Organized Crime, Politics, and Violence.” Perspectives on Politics 15(4): 967-987.

The International Politics of Organized Crime (Spring and Fall 2018)