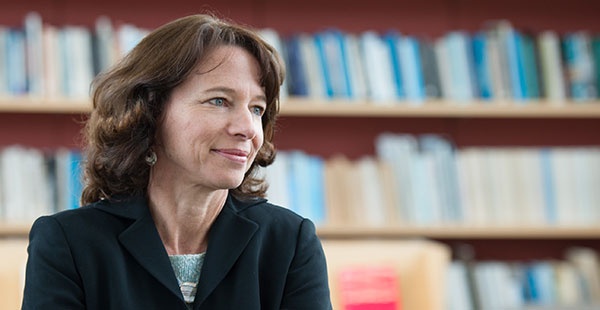 Nina Tannenwald is Director of the International Relations Program at Brown University’s Watson Institute for International Studies and a Senior Lecturer in Political Science.  Her research focuses on the role of international institutions, norms and ideas in global security issues, efforts to control weapons of mass destruction, and human rights and the laws of war. Her book, The Nuclear Taboo:  The United States and the Non-use of Nuclear Weapons Since 1945 was awarded the 2009 Lepgold Prize for best book in international relations.  Her current research projects include targeted killing, the future of the nuclear normative order, and the effectiveness of the laws of war. In 2012-2013 she served as a Franklin Fellow in the Bureau of International Security and Nonproliferation in the U.S. State Department. She holds a master’s degree from the Columbia School of International and Public Affairs and a Ph.D. in international relations from Cornell University.

Tannenwald's research and teaching focuses on the role of international institutions, norms, and ideas in global security issues, efforts to control weapons of mass destruction, and human rights and the laws of war. Her articles have appeared in International Organization, International Security, International Studies Review, Yale Journal of International Law, Bulletin of the Atomic Scientists, Journal of Strategic Studies, and Ethics and International Affairs, among others. Her book, The Nuclear Taboo: The United States and the Nonuse of Nuclear Weapons Since 1945 (Cambridge University Press, 2007) won the 2009 Lepgold Prize for best book in international relations. She has also edited, with William Wohlforth, a special issue of the Journal of Cold War Studies on the role of ideas and the end of the Cold War. Her current research assesses how the Geneva Conventions on humanitarian law influence the behavior of states and non-state actors.

"Qualitative Methods: The New Oppressors?" Contribution to a symposium on "Should We Discard the 'Qualitative' vs. 'Quantitative' Distinction?" edited by Deepa Prakesh and Audie Klotz, International Studies Review, Vol. 9, No. 4 (2007), pp. 764-767.

The Nuclear Taboo: The United States and the Non-Use of Nuclear Weapons Since 1945 (Cambridge, 2007). Winner of the 2009 Lepgold Prize for best book in international relations.

POLS 1500 The International Law and Politics of Human Rights

This seminar provides an overview of the field of international relations for graduate students. It focuses on the main theoretical trajectories and intellectual disagreements that have shaped the discipline over the past quarter-century, and on the principal theoretical fault-lines that define it today.

How nations and their adversaries treat civilians and other non-combatants in wartime has become an increasingly central issue in global politics. This seminar will explore the intersection of armed conflict, human rights, and the laws of war (also known as the law of armed conflict or international humanitarian law).  Human rights and international humanitarian law are two bodies of law that provide a set of principles and rules guiding how nations are to treat their citizens in peacetime (human rights), and non-combatants, including prisoners of war, in wartime (laws of war). The “war on terror,” with its ill-defined battlefield and no clear endpoint, increasingly blurs the distinction between peacetime and wartime, and poses new challenges for both these bodies of law.  This seminar will begin by studying the rise and spread of the notion of human rights, examining some of the core debates over human rights, including their enforcement in times of war. It will then turn to the laws of war, focusing especially on the 1949 Geneva Conventions and the challenges posed to the Conventions by the rise of non-state actors wielding significant violence.  The seminar will focus especially on how civilians, prisoners and so-called terrorists are protected (or not) in times of war, and the politics and institutions of enforcement. Topics include child soldiers, war crimes, humanitarian intervention, torture, targeted killings, humanitarianism, and the international justice.