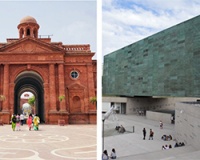 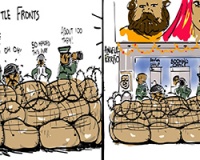 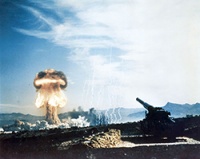 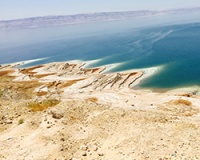 Why do states undertake processes of hydropolitical coordination despite conditions of securitization? In contrast to prevailing scholarship, which is largely state-centric, this thesis examines the capacity of non-state actors to influence state-level policymaking in securitized political environments, particularly in initiating inter-state reconciliation. Using a novel theoretical lens—fusing social psychological and social movement theories—I conduct a longitudinal comparative study of the Israeli-Palestinian Joint Water Committee’s evolution from 1990 to 2017. I trace the impact of civil societies’ public pressure and hydropolitical disenfranchisement, as well as NGOs’ normative and functional pressure, upon this “hard case” of Israeli and Palestinian coordination. Utilizing government documents, protest data, NGO reports, and polling data, this thesis finds that non-state actors are able to initiate hydropolitical coordination by employing collective action frameworks, political opportunity structures, and resource mobilization. Scholars and policymakers should study beyond the state to consider social movements and non-state actors as viable and valuable channels through which they can galvanize increasingly necessary positive-sum hydropolitical coordination. In this era of global exacerbating water scarcity, civil society can mitigate universally deleterious and otherwise avoidable conflict, taking advantage of the uniquely interdependent qualities of transboundary environmental resources.
Keywords: Hydropolitics, Israel, Palestine, Coordination, Civil Society
View presentation 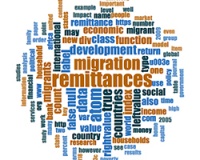 What factors influence remittance-sending behavior? Specifically, how do migrants' destinations influence their decisions about remittance-sending? Existing frameworks for analyzing global remittance flows fail to adequately consider geographic proximity or constraints on mobility. I analyze the cases of Burkina Faso and Senegal, both located within the Economic Community of West African States (ECOWAS) region. These countries exhibit significant variation in migrant destinations, with remittance corridors from both other ECOWAS member states and from countries across the Global North. I use a mixed-methods approach that combines statistical analysis of survey data on remittance senders with a review of migration policy across the two countries. I find that international migrants from both countries tend to remit more frequently and send greater amounts overall than their regional counterparts, and that those who remit through formal rather than informal channels remit more. Decisions about how much to remit are contingent on the decision whether to remit at all for migrants from Senegal, but not for migrants from Burkina Faso. This study has theoretical significance for scholars seeking to understand the implications of migrant selection and practical significance for policymakers seeking to facilitate remittance transfers or leverage remittances for development in receiving countries.
Keywords: Migrant selection, Remittances, ECOWAS, Regionality, Development
View presentation 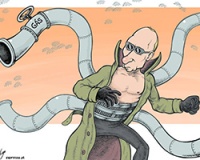 As global consumption of energy grows at a rising pace, national pursuits of secure energy supply will increasingly involve international interactions. The vital importance of energy has rendered energy dependency an issue of national security, and such an approach has permeated mainstream discussion, as well as scholarly discourse by the most influential paradigms of energy politics: geopolitics, geoeconomics, and dependency theory. Focusing on energy security, existing literature fails to provide a comprehensive examination of the relationship between energy politics and international relations that transcends the imperative function of energy in statecraft. To what extent and in what ways does energy politics impact inter-state relations? This thesis introduces an alternative approach to the study of energy politics, the Framework of Spheres of Influence, and argues that influencer states use energy politics as a foreign policy instrument to establish spheres of influence, thus impacting foreign policy orientation of influenced states. This conclusion is based on a comparative case study that uses qualitative and quantitative methods of analysis to evaluate the effects of the South Stream pipeline project and the intervening variable sphere of influence on foreign policy orientation of Serbia and Slovenia as it evolves with the progression of the project (2006-2015).
Keywords: Energy politics, Inter-state relations, Sphere of influence, South Stream pipeline
View presentation