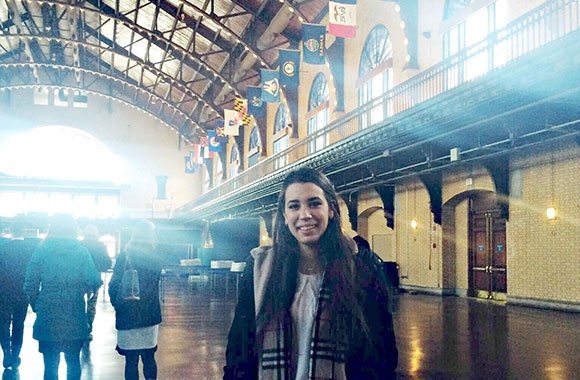 What did you do as Brown's delegates in this year's Mellon Foundation Russia-NATO-Ukraine Crisis Simulation?

As Brown's delegates to the 2015 Mellon Foundation Russia-NATO-Ukraine Crisis Simulation, we traveled to Annapolis, MD to attempt to tackle the current crisis and threats in the Eastern European region. In our positions representing Russia and Ukraine, we experienced the pressures that exist between Western allies, Eastern Europe, and Russia. The three-day event revealed the complexities of international conflicts and the constraints countries face to resolve pressing problems.

How do you think your experience has affected your career at Brown?

Prior to participating in the simulation at the Naval Academy, my career goals had been focused on business-track opportunities. However, I really enjoyed the diplomatic research and debate components offered to me as a delegate, and I have since been looking at international security and political analysis positions. Considering Russia's direct influence on the industry, I am particularly interested in energy geopolitics and economics. This summer, I plan on doing research on this subject as an assistant at Brown as the first step in what I hope will be the development of a career that draws on the skills I practiced at the simulation.