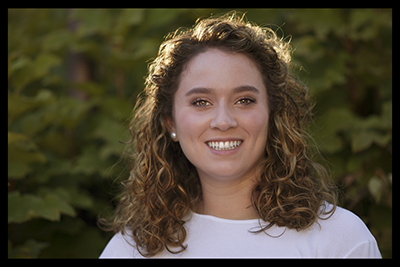 How did you use the IR Research and Travel Grant this summer or winter break, and what did your project entail?

My experience as an IR concentrator provided me with exposure both to the issues of developing countries and the obstacles that are present, both political and economic, to shift away from imports in an effort to develop their economy. Specifically, I studied energy development in the Middle East via an examination of Iran's nuclear program, which inspired me to think about energy issues in the region. I found that as a result of my studies in IR, I was inspired to spend more time in the Middle East and focus on a particular research question for a new study that would speak to both a geopolitical and economic issue that I believe will be the focus of the field going forward. Additionally, my time in Jordan shaped my studies as an IR concentrator as I have since pursued an independent capstone paper where I am using the information and literature I gathered to write a stand-alone literature review, which now narrows in on the concept of laws and regulatory policies and questions whether Jordan fits the model for the regulatory framework necessary to increase renewable energy development established in the literature.

How does this experience relate to your involvement with the Brown community, the Providence community, and/or any other communities you are engaged with?

This research specifically reflected my interest in the politics of the Middle East, specifically through my involvement with issues surrounding Israel and its portrayal on campus. Through my involvement in this activism, I have been exposed to a variety of viewpoints on the Israeli-Palestinian conflict, and thus wanted to explore an issue area that has provided for both cooperation between Israelis, Palestinians, and Jordanians, and has created many points of contention. As climate change will continue to inhibit Israel and its neighbors as a result of the increasingly dry conditions throughout the region, I was inspired by the cooperation on environmental and energy issues that has taken place to date to live in Jordan for a summer and conduct research. Specifically, I brought alumni from the Arava Institute in Israel to the Watson Institute for the past two years, whereby a Palestinian and Israeli student presented their experiences studying the issue of cooperation on environmental issues while living together at the Arava Institute.