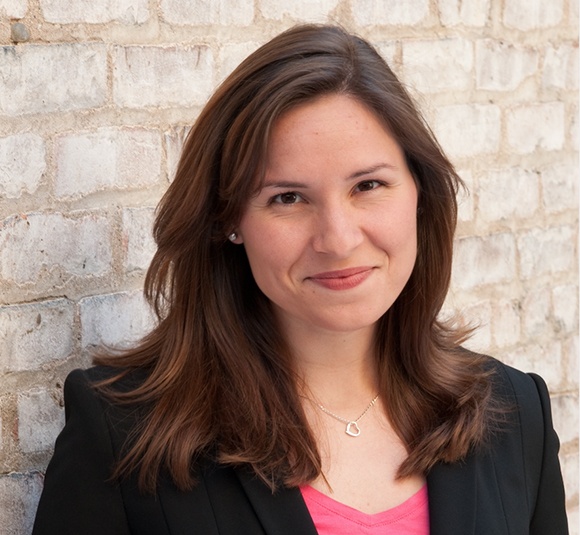 "It was ultimately the people I took away from the Brown experience who made it most worthwhile. I recently spoke with Emily Oster about the work she’s doing to track COVID-19 in schools, plus we got to catch up a bit. I regularly chat with my cohort mates about what they’re doing, and have lifelong friends and colleagues who are interested in making the world better. And that is a priceless thing"

In August 2020, Alex Barba assumed her current role reporting to the COVID-19 Incident Commander for Colorado, who heads up the division of Disease Control and Public Health Emergency Response. In this newly created position, Barba works to connect and lead the work of Colorado’s many government agencies and officials responding to the Covid-19 crisis.

What is your role and what are your responsibilities?

My team is responsible for ensuring a nimble and robust prevention, mitigation, and response to outbreaks of COVID-19, particularly in Colorado’s most vulnerable communities. The team is a convening of various leaders throughout the Department of Public Health and Environment (including the state epidemiologist, the director of the state lab, the communications manager, the director of legal and regulatory compliance, and the deputy director of the Office of Health Equity), as well as representatives from other state departments. My role as director of this team is to provide leadership and coordination; to make sure that everyone who should be talking to each other is, that everyone is aware of important and relevant occurrences and data, and that everyone has the support they need to carry out their functions and lead their teams as part of the state’s larger COVID-19 response. In order to do this effectively, I lead daily meetings, meet with individuals on a regular basis, and produce a weekly report on the group’s activities, focus, and progress to department leadership and the Governor’s office.

You’ve been in this job just a little over a month. What are the most impactful projects you’ve worked on so far?

It’s a strange position in a strange time. I have some large, nebulous, long-term goals (e.g. “mitigate the damage COVID-19 does to the people of Colorado’s health until a vaccine and/or cure is found and available”), but my job is not project-based and I never quite know what I’m going to be working on or talking about from one day to the next. To give you an idea of what my work looks like, however, here are several examples:

What skills from the MPA program do you use most in your work?

Until June, I was a budget and policy analyst for the Department of Public Health and Environment. In that role, I used my “hard skills” quite a bit. There is great value in hard skills — understanding data and data visualization, for example, is invaluable in governmental policy — but what has proved most useful in this role is my ability to work with groups, to quickly read and summarize a policy paper, to give an effective presentation. Over and over, alumni and practitioners I met at Brown advised that so-called “soft skills” are essential and underrated. I had some of these skills going into the MPA, but the exercises we completed in class sharpened and honed them, giving me the confidence to take on any project — even in a time of global crisis.

Networking is the name of the game! I had been looking for a job in government beginning in July 2019. To that end, I reached out to anyone and everyone doing the work I was interested in. I offered to take them to coffee, requested an informational interview, connected in any way convenient to them. Between July 2019 and February 2020, when I accepted the budget and policy analyst position, I had 83 networking meetings, mostly in person. One of these meetings was coffee with the Governor’s deputy legislative director. She and I had a particularly spirited and enjoyable conversation, and she said — as many others had said before her — “stay in touch, and I’ll keep you in mind if anything opens up!” Not everyone ends up following through with job leads, but she did. I applied for one of the jobs, and had an interview with the Governor’s chief policy advisor. I was extremely excited about how the interview went, but was not offered the job. I followed up with the chief policy advisor, saying I was incredibly grateful for the chance to be interviewed, and I would be interested to hear any feedback she had regarding my application and interview. I was surprised when she invited me back to the office for a 30-minute meeting to “debrief the interview and selection process.” She explained that they had hired someone who had experience working with the current administration and legislature, which would be crucial for this particular job, but that she’d been very impressed with me. She even offered to provide a reference to anyone I interviewed with in the future. Fast forward to June 2020 — I was happily working as a budget and policy analyst for the Department of Health and Environment and received an email from the man who would become my current boss, saying that he was hiring for a new director position, and that the Governor’s office had floated my name as a possible candidate. I would have never even known this position existed if the people I networked with had not heard about it and thought of me.

Your position sounds specific to the pandemic. How do you see your career evolving?

The chance to help directly with the issue of the moment was not something I could turn down. Not to mention that this job is expanding my range, challenging me in new and different ways every day, and putting me in contact with the higher-ups in the world of Colorado policy. I don’t know what my career will look like post-COVID-19, but I can tell you I’m not worried about the term appointment.

What advice would you give young professionals entering the MPA program?

I know everyone says this, but so often I think students don’t hear it: this experience will be what YOU make of it. I pushed myself to do two things while I was at Brown that made my experience particularly rewarding:

First, speak up in class. This seems like a small thing, but it has such an impact. I’m naturally a rather introverted person and generally don’t feel super comfortable speaking up in group settings. I decided from the beginning of my Brown experience, however, that I would challenge myself to step outside my comfort zone and be an active participant in discussions and activities. It drastically changed my experience — and I know this because I did not make this choice in undergrad. The difference was night and day.

Second, ask people for their time. It’s a precious resource, but one that people almost always give to students. Take advantage of this! Your professors want to be your mentors, but when they’re standing at the front of a 50-person class, it’s a pretty one-way street. Reach out and make individual connections. Go to office hours with specific questions about the content of the class, yes, but also ask your favorite professor if they’d like to have coffee or lunch at a time that is convenient for them. Instructors at Brown teach for a reason, and you might be surprised how many are interested in having a one-on-one conversation with you. When outside speakers/practitioners come to campus, go to their talks, ask questions, and follow up with them afterward. If they’re in the area, ask if they’d be willing to have coffee sometime (coffees are a magical thing, and it’s not often someone says no!). Ask them about their experiences, their career path. Trust me, it’s seldom you find someone who is not happy to talk about themselves and their experiences for at least half an hour!

What was a highlight of your experience at Brown?

One particular highlight was that I got to travel to Bonn, Germany to attend the 23rd Conference of the Parties, or COP23, organized by the United Nations Framework Convention on Climate Change as part of Brown’s Climate and Development Lab. It was there that I not only got to learn what an international climate change conference is really like and see all the players wandering about, but I also met Colorado’s Senior Climate Change Specialist to the Governor (Hickenlooper, at the time). I followed up with her when I was home in Colorado for the holidays, and she was the first contact who sent me on my way through networking in state government, which ultimately ended with my current position.

Going to Bonn was amazing, but honestly, it was ultimately the people I took away from the Brown experience who made it most worthwhile. I made great connections with many of my professors. I got to travel to Berlin as an alumni trip leader with the succeeding MPA class because I’d built relationships with the program director and the coordinators at the Hertie School. And I haven’t let those connections lapse, even now when I’m established in a role that I love. I recently spoke with Emily Oster about the work she’s doing to track COVID-19 in schools, plus we got to catch up a bit. I regularly chat with my cohort mates about what they’re doing, and have lifelong friends and colleagues who are interested in making the world better. And that is a priceless thing.
—October 2020