Rear Admiral Sandra L. Stosz – The Nexus of Public Service and Public Policy: The Coast Guard Academy and the Taubman Center in the 21st Century 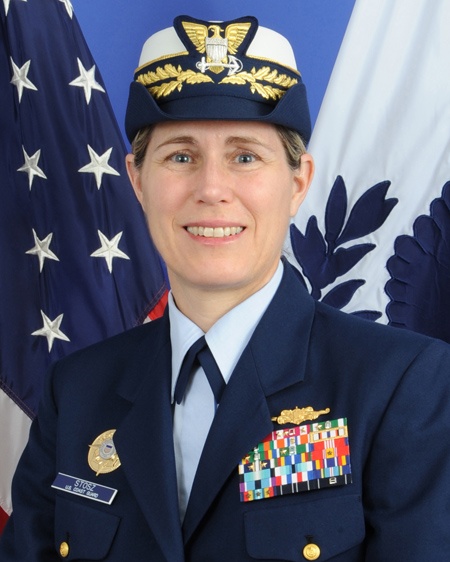 As a Coast Guard Academy graduate (Class of 1982) and now its first female superintendent, Rear Admiral Sandra L. Stosz will discuss the challenges faced by the Academy and universities in preparing young men and women to be leaders in the key public and private institutions and organizations of the 21st century. Drawing on her experience both at sea and in Washington, Admiral Stosz will focus on how the Academy and Brown's public policy program combine academic excellence with a tradition of public service.

Rear Admiral Sandra L. Stosz serves as the 40th Superintendent of the U.S. Coast Guard Academy.  She is a surface operations officer with 12 years at sea, including command of two cutters, and also served as Commanding Officer of the Coast Guard’s recruit training center. Rear Admiral Stosz graduated from the Coast Guard Academy in 1982 with a Bachelor of Science degree in Government, was awarded a Master of Business Administration degree from Northwestern University’s J.L. Kellogg Graduate School of Management in 1994, and earned a Master of National Security Strategy from the National War College in 2004.