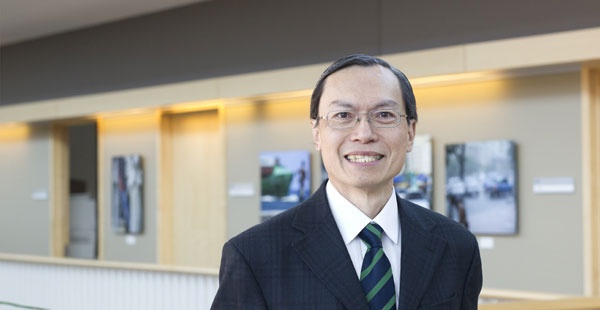 Areas of Interest: Education governance and politics, school funding reform, accountability and equity issues in the US.

Kenneth Wong is the Walter and Leonore Annenberg Chair for Education Policy at Brown as well as professor of political science, public policy, and urban studies. He has conducted extensive research in the politics of education, federalism, policy innovation, outcome-based accountability, and governance redesign (including city and state takeover, management reform, and Title I school-wide reform). His research has received support from the National Science Foundation, the US Department of Education, the Social Science Research Council, the Spencer Foundation, the Joyce Foundation, the Broad Foundation, the British Council, Japan Society for the Promotion of Science, and the Rockefeller Foundation.

Wong has advised the US Secretaries of Education and Interior, US Congress, state legislature, governor and mayoral offices, and the leadership in several large urban school systems on how to redesign the accountability framework. He was editor of a major educational policy journal, Education Evaluation and Policy Analysis. He holds BA (Hons), MA and PhD degrees in political science from the University of Chicago.

Kenneth Wong is a key figure in shaping the research and policy agenda on education governance and politics, school funding reform, and accountability and equity issues in the United States. He received the 2007 Deil Wright Best Paper Award given by the American Political Science Association for his research paper on accountability and innovation in public education.

Wong has been active in using his research to improve education policy and practice. He has advised the US secretaries of education and interior, federal agencies, Congressional staff, state legislatures, governors, mayors, state commissioners of education, and leaders in large urban school systems regarding the design of accountability frameworks, school-community partnership, and school support strategies. He was a key architect of the Rhode Island’s 2010 school funding formula, the first major funding reform in twenty years. During 2013-14, he served as an advisor to the US Secretary of Education and the US Secretary of Interior on issues pertaining to American Indian education.

Wong has also engaged in international research and education policy development.  He was a member of a technical design committee to study information and communication technology in secondary schools in OECD countries. As an international senior scientist fellow for the Japan Society for the Promotion of Science, he conducted collaborative research on education reform in Japan. He has frequently presented at international conferences held by the OECD, the Forum of Federations, and the European Commission. Since 2011, he has directed a partnership between Brown’s education department and the Shenzhen Education Bureau, which provides leadership training to Shenzhen school principals.  Since 2013, Wong has also directed a partnership between Brown’s education department and several independent schools in India.

This graduate-level course focuses on a central question in political science and urban public policy—how can public institutions be redesigned to improve accountability?  We will examine this question with particular attention to governance and politics in urban public school systems.

This course offers an "analytical foundation" for students who are interested in public policy implementation, with particular emphasis on education. Drawing on social science research, the course examines the strengths and limitations of various education reform initiatives at the federal, state, and local level. We will also apply analytical concepts to school reform issues.

“The Design of the Rhode Island School Funding Formula: Developing New Strategies on Equity and Accountability,” Peabody Journal of Education 88 (37-47).

“Understanding the ‘how’ of quality improvement: Lessons from the Rhode Island Program Quality Intervention” (with lead authors Devaney and Smith) Afterschool Matters 16 (Fall): 1-10.