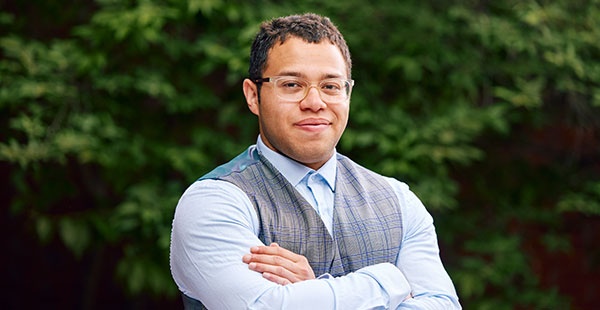 Samuel Pumarejo most recently worked as a research assistant at Dartmouth College, specializing in the field of U.S. nuclear nonproliferation policy. He has also worked as an intern for four different members of the U.S. Congress. He enlisted in the U.S. Army Reserve, prior to earning his bachelor's degree in American politics and international relations from Columbia University. Upon completing his degree, Samuel plans on pursuing work in state governance or American foreign policy. He is originally from the borough of Queens in New York City.