And the Word of the Year is ... Austerity

Merriam-Webster yesterday declared “austerity” the US word of the year for 2010. Earlier this year, Faculty Fellow Mark Blyth was featured in an Institute-produced animated video short of the same name. In it, he describes the thinking behind austerity policies being pursued in many countries as inherently flawed. Then again, as Blyth recounts in a new interview on Open Source, 2011 will be worse... and life will go on.

Ambassador Richard Holbrooke is being remembered at Brown and around the world today for his wide-ranging diplomatic achievements, following his death yesterday at the age of 69. University President Ruth Simmons issued a statement last night mourning the loss of a man who was a commanding figure on the world stage but also an engaged member of the Brown community, as a graduate of the University’s class of ’62, former editor of the Brown Daily Herald, honorary Brown doctor of law, former member of the Watson Institute’s board of overseers, and most recently, Brown professor at large based at the Institute.

Forty top students from Latin America recently completed a 10-week program to strengthen their vocation for public service, under a program designed by the Fondación Marcelino Botín in collaboration with Brown University.

The situation in Afghanistan “is a daunting challenge, and talk of American withdrawal is not going to help,” said Pakistani journalist and news editor Najam Sethi during a recent talk at the Institute. Sethi intertwined political commentary with personal stories of imprisonment and close shaves in the strongholds of terrorist leaders. Ultimately, he painted a nightmarish vision of Pakistan’s entanglement with the Afghani Taliban.

Institute Professor Catherine Lutz was recently awarded the Society for the Anthropology of North America’s prize for distinguished achievement in the critical study of North America. The co-author most recently of Carjacked: The Culture of the Automobile and its Effects on Our Lives (Palgrave Macmillan, 2010), Lutz has been particularly vocal recently about car loans – “a massive load of debt … that has grown to become a larger component of national household debt than credit cards, itself a crushing $800 billion dollars,” as she writes this week on the Huffington Post. A video inspired by her book accompanies her opinion piece.

In recent months, the Watson Institute has been working with the Alliance for Governance Research and Analysis (AGORA),  formed by Watson, Warwick University’s Centre for the Study of Globalisation and Regionalisation, the Global Governance program at the Robert S. Strauss Center at the University of Texas at Austin, the Norwegian Institute for International Affairs (NUPI), the International Center for Business and Politics (CBP) at the Copenhagen Business School, and the Centre for Governance and Public Policy (CGPP) at Griffith University, Queensland.

Ten Brown students and J. Timmons Roberts, director of the Center for Environmental Studies, are blogging developments at the global climate talks this week in Cancun, Mexico, supported in part by the Watson Institute. The talks are part of the United Nations Framework Convention on Climate Change, established in 1992 as an attempt to limit the man-made emissions that are contributing to global warming.

The Participatory Budgeting Project co-hosted a workshop in Denver this week at the 2010 Congress of the National League of Cities, the annual gathering of municipal government officials.

The Brown Afghanistan Working Group is co-hosting a public lecture at the Watson Institute this week featuring Richard Barrett, the United Nations Coordinator of the Analytical Support and Sanctions Implementation Monitoring Team (also known as the Al-Qaeda/Taliban Monitoring Team). His Thursday 4pm talk on “Al-Qaeda and the Taliban: Common Threat or Separable Challenges?” continues a long-running collaboration between the Institute and the UN on counter-terrorism. 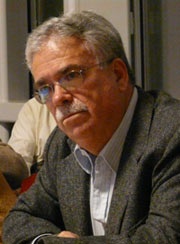 When the United States enjoys economic expansion, the boom also profits Mexican industry, exports, and migrants. But when the northern neighbor stumbles – as during the 2008 financial crisis – Mexico suffers devastating losses, according to Alejandro Alvarez, professor of economics at the National Autonomous University of Mexico (UNAM). “We have interconnected stories,” said Alvarez during a recent talk at the Institute. “If you take a picture of North America today, it’s a social disaster,” he said, attributing many of the region’s problems to unregulated globalization.

Analyzing Enlightenment and Change in the Middle East

The concept of “enlightenment” suggests the possibility to challenge one’s assumptions and gain new perspective. However, in an area as troubled as the Middle East, what does it mean to “become enlightened?” Can intellectual enlightenment effect concrete change? In her recent talk at the Institute, Elizabeth Kassab explored how Arab thinkers have understood enlightenment from the mid-19th century to the present. 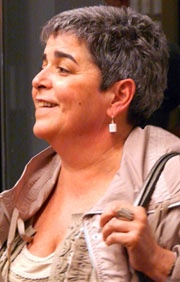 The recent presidential election in booming Brazil broke racial, media, and gender barriers, according to a workshop hosted recently at the Institute. 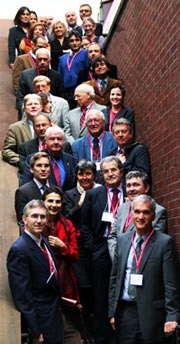 A two-day conference, “Pius XI and America,” recently brought international scholars to Brown to discuss newly released documents from the Vatican archives. They discussed the papacy of Pope Pius XI and his relationship with the United States and Nazi and fascist leaders in Europe.

The shaky reinsertion of former combatants in Colombia highlights the elusiveness of reconciliation after more than four decades of violent civil war, according to medical anthropologist Kimberly Theidon. “Reconciliation is very elusive as both a concept and a goal,” said Theidon, the John L. Loeb Associate Professor of the Social Sciences at Harvard University, in a recent talk at the Institute. 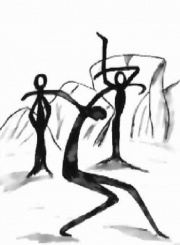 In September of 2001, New York was not the only city to shake with violence. Between September 7th and September 13th, the city of Jos in Plateau State, Nigeria, became the scene of mass killings between Christians and Muslims. On September 11th, several Muslims celebrated. On September 12th, Christians retaliated. Houses were burned. Stores looted. Outlying villages razed. According to Human Rights Watch, as many as 1,000 people lost their lives. These are the events that inspired The Rocks Cry Out, an anthology of non-fiction and poetry edited by Deborah Kline, a writer and former professor of English who lives in Plateau State, Nigeria. As part of a festival of Nigerian literature and film of the same name, Klein joined Dul Johnson, Nigerian author, filmmaker, and one of Brown University’s current International Writers Project fellows, to read selections from the anthology. 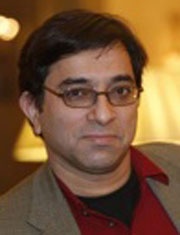 As President Obama starts his visit to India on Saturday, how will he frame the two powers' relationship? Will he present the India-US friendship as an expression of core political values – freedom to vote, speak, move and worship, and tolerance of religious and ethnic diversity – that they share? Will he present that bond as a cornerstone of a new order, especially given the absence of political freedoms in a rising China? Will he even take the momentous step of endorsing India's bid for a permanent seat on the UN Security Council? He should," Faculty Fellow Ashutosh Varshney writes today in an op-ed in the Financial Times.

In a new video, Brown Vice President for International Affairs Matthew Gutmann and Institute Professor Catherine Lutz describe their experience interviewing dozens of anti-war veterans and compiling the results into their book, Breaking Ranks: Iraq Veterans Speak Out against the War (University of California Press, 2010). “As anthropologists, we approached these veterans as people who were American, who grew up in the late 20th and early 21st century, and are really products of that society and its values about masculinity, nation, and the individual — and we focused on how they think about their experience from that perspective,” said Lutz. “These are not universal, natural, inevitable kinds of soldiers. They are very much American soldiers.” 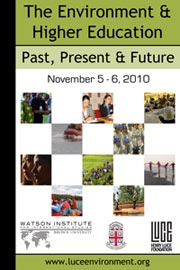 Representatives of more than 25 institutional recipients of grants from the Luce Foundation’s environmental initiative are assembling at the Institute on Friday and Saturday to discuss "The Environment and Higher Education: Past, Present, and Future." 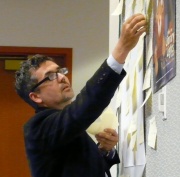 How does participatory budgeting work? How well does it work? Institute Associate Professor Gianpaolo Baiocchi and Chicago City Alderman Joe Moore reflected on WBEZ Radio recently on this grassroots democratic process in the city’s 49th Ward. 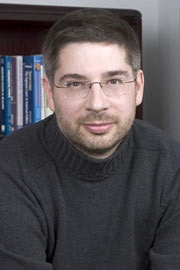 In the Atlantic: Andreas Describes Potential Impact of Marijuana Legalization on Mexico

Institute Professor Peter Andreas is cited by Atlantic Monthly in one of “Five Expert Takes on How US Marijuana Legalization Would Affect Mexico.” Among his remarks: “Colombia was ground zero for the international drug war 25 years ago and now Mexico is, and they're getting all the attention. They're very apprehensive about the analogy. Colombia had no hesitation about Americanizing their war on drugs – accepting US advisors and aide and technology and so on. Mexico is much more reluctant to embrace a similar relationship."