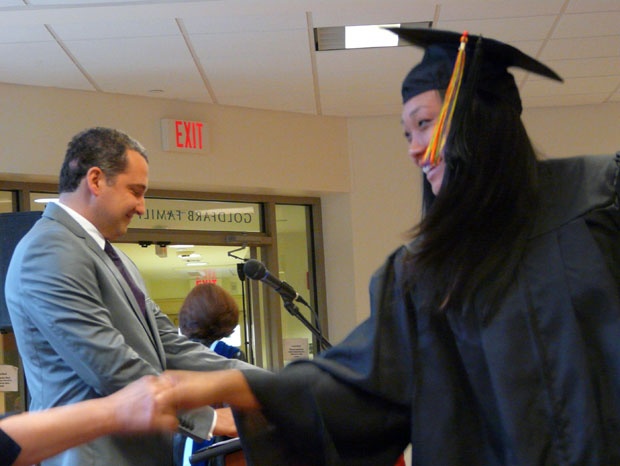 Cornel Ban at commencement in 2009

Development Studies concentration advisor Cornel Ban has been recognized by Brown’s Undergraduate Council of Students with its Outstanding Advisor Award for 2009-2010. He was presented with the award on April 30, “in honor and recognition of your distinguished devotion to undergraduate students and their pursuit of education.”

Ban will also be giving a talk, “Beyond ‘Empire’: Liberalism in Translation,” on Tuesday, May 4, at 6:30pm in MacMillan 114, sponsored by the Development Studies Undergraduate Group.

Ban is a PhD candidate in international relations and comparative politics at the University of Maryland and a visiting fellow at the Institute. His dissertation is on "Transnational Governance and Development Paradigms: Economic Liberalization in Postauthoritarian Spain and Romania."