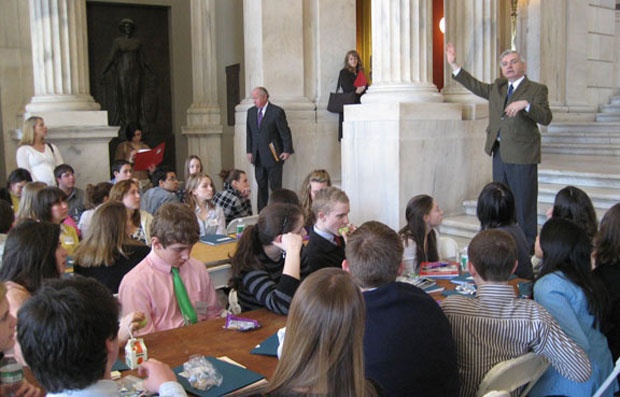 Students in the program study and discuss various positions on global issues – even advocating positions that are opposed to their own – to better understand options and their consequences.

Run on a statewide basis, the forums seek to raise awareness of critical international issues and to help develop a foundation for long-term civic engagement. Students debate the US role in international trade and the global economy, as well as other foreign policy issues, such as terrorism, immigration, nuclear proliferation, and the environment.