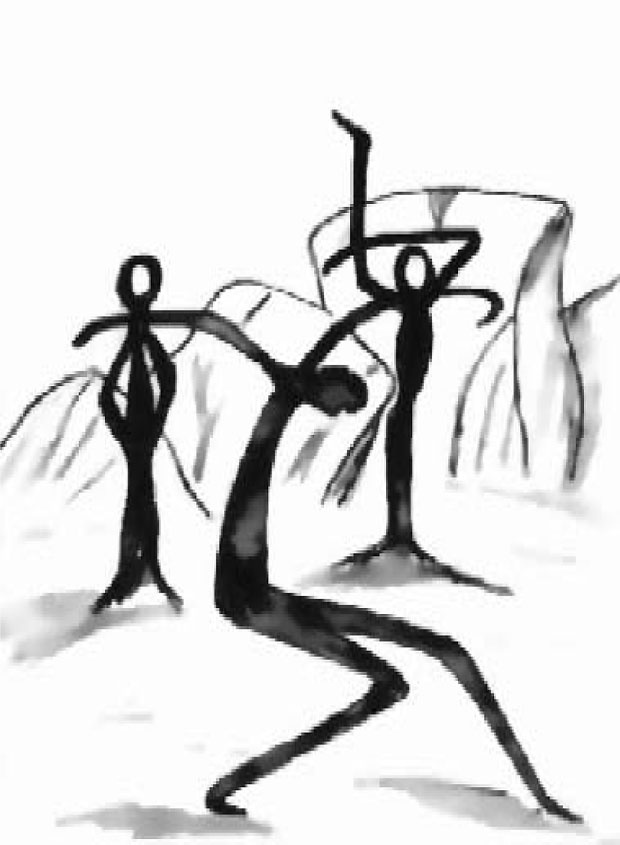 Illustration from The Rocks Cry Out

In September of 2001, New York was not the only city to shake with violence. Between September 7th and September 13th, the city of Jos in Plateau State, Nigeria, became the scene of mass killings between Christians and Muslims. On September 11th, several Muslims celebrated. On September 12th, Christians retaliated. Houses were burned. Stores looted. Outlying villages razed. According to Human Rights Watch, as many as 1,000 people lost their lives.

These are the events that inspired The Rocks Cry Out, an anthology of non-fiction and poetry edited by Deborah Kline, a writer and former professor of English who lives in Plateau State, Nigeria. As part of a festival of Nigerian literature and film of the same name, Klein joined Dul Johnson, Nigerian author, filmmaker, and one of Brown University’s current International Writers Project fellows, to read selections from the anthology.

Plateau State was once a “land of peace and tourism,” Kline said by way of introduction. Then one day she saw machetes in the streets of her city of residence: Jos. After the violence of September 2001 had died down, Kline visited some of her friends, urging them that “’as writers, we should do something.’”

Kline and others created The Rocks Cry Out as a “united front for piece,” Kline said, adding that the diversity of the anthology’s authors exemplifies the possibility of collaboration between Muslims and non-Muslims.

Though diverse in style, the stories and poems all present unflinching descriptions of violence, and at the same time, bafflement that human beings could commit such violence.

One eyewitness account describes “’bodies roasting in the glowing fire’” and other horrors before stepping back to mourn the senseless, unending killing of Nigerians by Nigerians. The narrator critiques the use of divisive phrases like “safe hands” and “enemy lines,” suggesting our common humanity.

Kline’s poems in the anthology also challenge the boundaries between “us” and “them.” In one, the question “Are you Christian, or are you Muslim?” recurs in increasingly ridiculous situations.

To complement readings from the anthology, IWP Fellow Dul Johnson read a short story he wrote in the early days of his career. Through first-person journal entries, a young man conveys his confusion, fear, anger, and despair after his brother goes to war. When the narrator discovers that Igbo fighters have killed his brother, his grief turns to anger. The last lines of the story provide a harrowing reminder of how violence begets violence:

Read The Rocks Cry Out here.