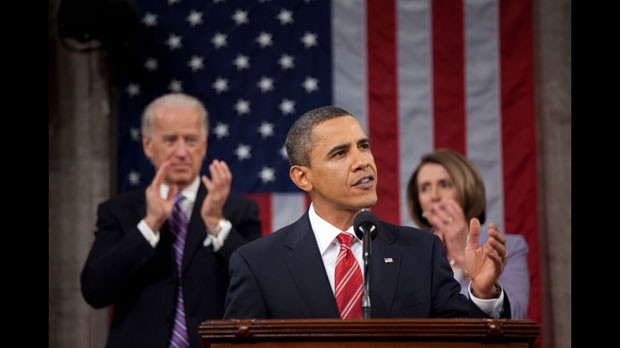 America will not take second place to its competitors in the global economy, President Obama said this week – a statement perhaps more patriotic than realistic, according to Institute Professor James Der Derian. Today, “nation-states aren’t as powerful in calling the shots, particularly in the global economy. No one nation-state can now determine these incredible spasms and tidal waves that ripple through the system … and to claim that we have control over the international arena has an illusionary component to it,” he said in an NPR interview analyzing Obama’s State of the Union Address.

Obama was “throwing red meat” to the domestic audience with such a promise, agreed Der Derian and fellow guest Ted Widmer, a former presidential speechwriter and director of Brown University’s John Carter Brown Library. In a speech that was light on international issues, “there were moments where he expressed deep belief in the international system and then other moments when he went back into throwing red meat,” Widmer said.

In addressing domestic issues, “if there was a master narrative, it was that ‘this isn’t a game,’” Der Derian said. “The media is treating it as a game. The politicians on two sides of the aisle are treating it as a game. He’s trying to bring an element of seriousness. But then when he went to the global arena, then he did talk in the language of games.”

Listen to the 1/28 interview on WGBH's Callie Crossley Show.