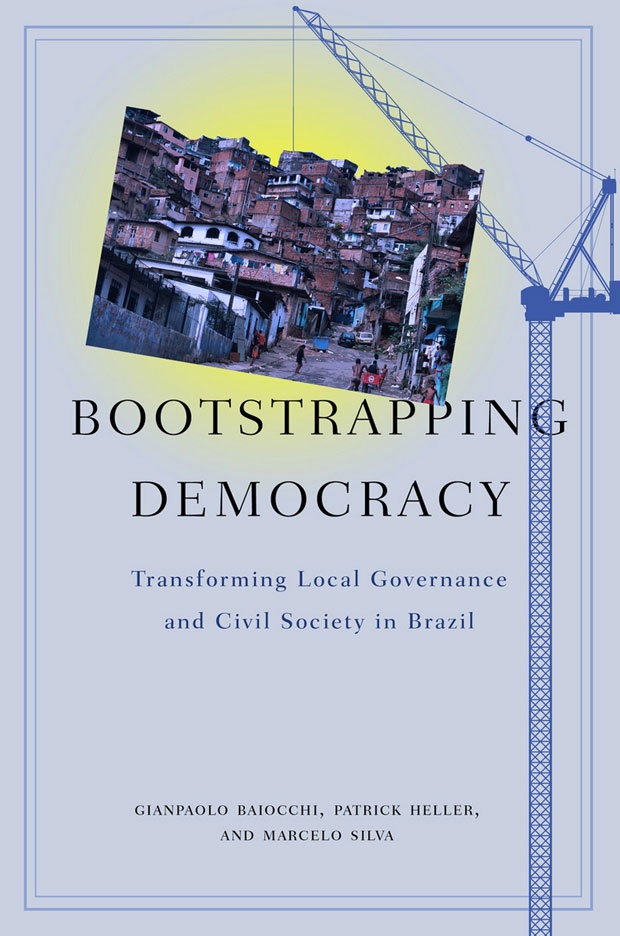 Despite increasing interest in how citizen involvement in local government can improve governance and lead to civic renewal, questions remain about the impact of such participatory democracy. In Bootstrapping Democracy: Transforming Local Governance and Civil Society in Brazil (Stanford University Press, 2011), Institute Associate Professor Gianpaolo Baiocchi and Professor Patrick Heller investigate participatory budgeting – a mainstay now of World Bank, UNDP, and USAID development programs – to ask whether its reforms truly make a difference in deepening democracy and empowering civil society.

With co-author Marcelo K. Silva of the Federal University of Rio Grande do Sul, they look closely at eight cities in Brazil, comparing those that carried out participatory budgeting reforms between 1997 and 2000 with those that did not, to determine whether and how institutional reforms take effect.

Bootstrapping Democracy highlights the importance of local-level innovations and democratic advances, charting a middle path between those who theorize that globalization hollows out democracy and those who celebrate globalization as a means of fostering democratic values. Uncovering the state's role in creating an "associational environment," it reveals the contradictory ways institutional reforms shape the democratic capabilities of civil society and how outcomes are conditioned by relations between the state and civil society.

Participatory budgeting, the authors write, “is the idea … that citizens can and should play a direct role in shaping the budgets of the towns and cities in which they live.” As such, participatory budgeting can act both as an “instrumental response to the challenges of coordinating the functions of local state” and as an “ethico-political project of empowering citizens.”

The most striking finding “was the degree to which local actors proved to be extremely inventive” in designing local variants of participatory budgeting. The book outlines the structure of civil society in the Brazilian cities discussed, explores “the impact of institutional reforms on the capacity of civil society to … influence democratic governance,” and advances “a new typology of state-civil society relations.”

Details about the book here.