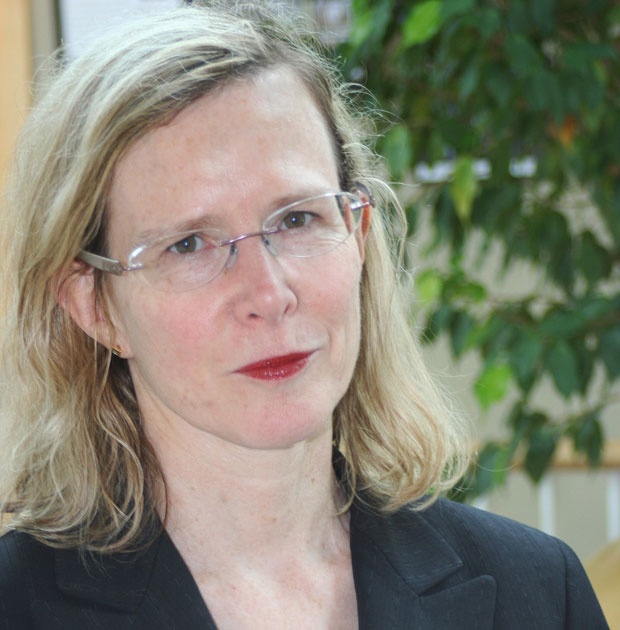 Carolyn J. Dean has begun her work as interim director of the Watson Institute, to head a reorganization of the Institute’s strategy and operations as a leading center of research and teaching on international affairs. Brown University announced the one-year appointment in May.

Dean brings a strong record of both administrative leadership and scholarly distinction to the task.

As associate and then senior associate dean of the faculty since 2005, she has engaged in building excellence in Brown's departments, instructional programs, and research activities.

The John Hay Professor of International Studies, she has received a number of important fellowships and other awards over her academic career. Her work as a historian of modern Europe has been considerable, including the recent publication of her fifth book Aversion and Erasure: The Fate of the Victim after the Holocaust (Cornell University Press, 2010).

Dean’s appointment followed an earlier announcement that Michael Kennedy had decided to step down as the Institute’s director to turn his full attention to research and teaching.

At the time, then-provost David Kertzer ’69 P’95’98 issued a statement thanking Kennedy for his service: “Under Michael’s leadership, important reforms have taken place, including a redesign of the curricula in International Relations and Development Studies to strengthen the quality of undergraduate learning. More funding has been provided for international undergraduate research. We have attracted a number of distinguished faculty and hosted symposia that brought Brown students and faculty into dialogue with diplomats and policymakers, artists and filmmakers, and scholars and journalists. Michael has worked tirelessly to strengthen the Watson Institute and Brown.”

Going forward, Dean will be building upon Watson’s past achievements and ongoing efforts in such areas as global security, political economy and inequality, and other strategic areas, as she paves the way for a new director's leadership, with a search to be launched in the fall.