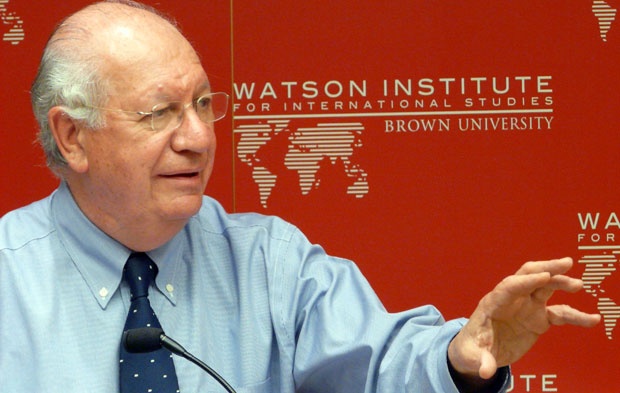 Former Chilean President Ricardo Lagos will be back in residence at the Watson Institute in late September and early October as a Brown professor at large. On Tuesday, September 27, he will deliver his first major public lecture of this academic year: "Developing Latin America: Challenges after the Crisis." A reception will follow the event, which the Institute is co-sponsoring with Brown's Center for Latin American and Caribbean Studies (CLACS).

Lagos will also give the opening keynote on Monday, October 3, at a two-day CLACS conference on “Scholars, Practitioners, and InterAmerican Relations.” His other activities while in residence will include speaking at several classes.

Widely regarded as one of Latin America's most important political leaders, Lagos served as president of Chile from 2000-2006. During this time, he was known for aggressively pursuing free-trade agreements, improving healthcare and education legislation, and addressing the crimes of Augusto Pinochet’s military regime.

Since leaving office, Lagos founded the Fundación Democracia y Desarrollo (Foundation for Democracy and Development) in 2006 and currently serves as its president. He is also vice-chair of the Inter-American Dialogue and was UN special envoy for climate change from 2007-2010.

Lagos earned a law degree from the University of Chile in 1960 and then attended Duke University, where he received a PhD in economics in 1966.

The "Scholars, Practitioners" conference agenda will be posted here.