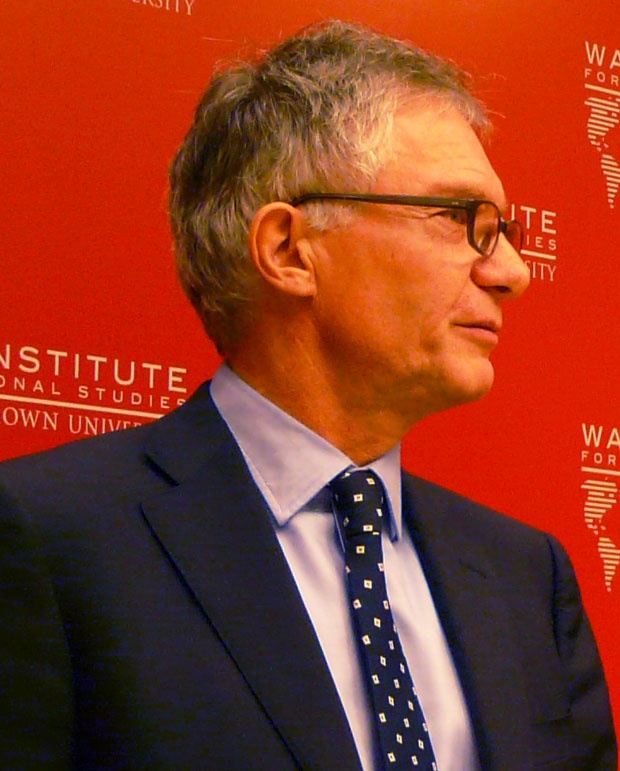 A focus on non-military tactics is key for curbing the Taliban and Al Qaeda threat, according to Richard Barrett, the United Nations Coordinator of the Analytical Support and Sanctions Implementation Monitoring Team (also known as the Al-Qaeda/Taliban Monitoring Team).

Barrett, speaking last semester at the Institute, identified the Taliban-Al Qaeda nexus as “the critical question of the future.”

The war in Afghanistan has been critical “to the way that the international community adjusts from dealing with specific [geographically defined] threats to … threats which are much more globalized and have no shape or central nucleus,” Barrett said.

By 2001, the two organizations had “separated according to natural fault lines between them,” Barrett said. After 2002-2003, the two movements began to recover, albeit separately: the Taliban felt a need to get back into Afghanistan, whereas Al Qaeda was content to exist and connect with its supporters outside Afghanistan.

International reaction to Al Qaeda and the Taliban has been “reactive and arguably ineffective … dominated by military options” in recent years, Barrett said. Current policy must focus on “undermin[ing] promoters and causes of instability,” he said. Policymakers must keep in mind missions’ objectives, including “who precisely the enemy is … the aims of invasion … and what victory would look like today.”

The international community has been “using the tools that we have because we have them rather than … [because] they are appropriate to the task,” Barrett said. Use of military power is an irrelevant response to a problem that is generally accepted to have no military solution, he added.

Barrett emphasized the need for the entire international community to take measures in undermining the driving forces behind Al Qaeda’s continued survival. Numerous roadblocks stand in the way of the region’s development; to that end, corruption in Afghanistan, caused by inflows of money from the West and a “fundamental lack of belief in the future of the country,” has undermined NATO objectives in the region, he said.

The current challenges for the US in Afghanistan, according to Barrett, are military withdrawal – including its effects on the US domestic political climate – and defining victory or defeat.

Pushing the Taliban to create a legitimate political wing with which discourse can be initiated is key, according to Barrett. “The international community should … identify possible moves towards talks between the Taliban and Karzai,” he said.

In order to show the Al Qaeda narrative in a negative light, the illegitimacy of the organization’s cause, its irrelevance to how the West operates, and its lack of credibility must be exposed, according to Barrett. “We have to deglamorize the business of terrorism,” he said.

No less important is maintaining a focus on non-military solutions, Barrett said. Through programs such as those organized by the United Nations Development Programme, “we can try to encourage the Taliban to allow a way to move forward,” he said.

Barrett's talk was co-hosted the Watson Institute's Targeted Sanctions Project and the Brown Afghanistan Working Group, as part of its project on Engaging Afghanistan: Creating Avenues of Engagement between Academics and Think Tanks, the Media and Policy Makers.