Offering Perspectives at the Outset of Egypt's Uprising 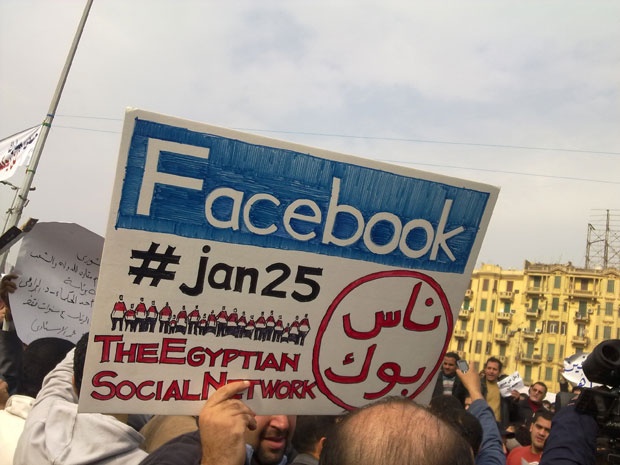 A Brown faculty panel was organized at the Watson Institute on January 31 to offer perspectives on groundbreaking events in Egypt and Tunisia. The political developments that are continuing to unfold “promise to change not only the contours of rule in Tunisia and Egypt, but the quality of international relations in the region and across the world,” said Institute Director Michael Kennedy, in introducing the discussion.

Brown Middle East Studies Director Melani Cammett started off the panel by considering which factors truly drive these unprecedented demonstrations – starting in Tunisia in December and spreading to Egypt and other parts of the region.

The severity of the poverty, unemployment, and other socioeconomic grievances in Tunisia and Egypt has provided the backdrop but not the catalyst for events, she said. “We know from the reality on the ground… that economic grievances alone don’t explain why protests erupt.” The catalyst was supplied by factors such as the Tunisian fruit and vegetable seller who set himself on fire and the public and global exposure of corruption via Wikileaks, she said.

Cammett emphasized two significant characteristics of the protests. First, there is a growing sense of “cognitive liberation,” as she termed it, in which people are accepting the notion that change is possible. Watching Tunisian President Ben Ali flee to Saudi Arabia “has got to be incredibly inspirational,” she said. Second, the usual actors, such as Egypt’s Muslim Brotherhood, are not organizing the protests. “It’s really the youth-based groups and it’s much less top-down.”

Still, “it ain’t over ‘til it’s over,” Cammett said. “Even though Ben Ali has fled, that doesn’t mean democracy is breaking out in Tunisia.” There is still a long road ahead for both Tunisia and Egypt toward institutionalizing new state practices.

Speaking next on the panel, Ian Straughn, a postdoctoral fellow in Islamic Archaeology, stressed that despite the authoritarian regime and a state of emergency in force in Egypt since 1967, “people are no longer actually afraid… they finally feel they can express themselves.” One major outcome of the demonstrations might in fact be a changing image of the Middle East in the United States – an image “away from terrorism and violence but toward democracy and a freedom of expression,” he added.

Shiva Balaghi, a fellow at the Cogut Center for the Humanities, focused on Egypt’s “Day of Rage” on January 25 in Cairo’s Tahrir Square. Since then, Balaghi had been relaying messages from friends and colleagues in Egypt to the State Department’s Egypt task force, to newspapers, and on the web. On last week’s panel, with Rashid Taha’s music playing in the background, Balaghi shared the many messages of the Egyptian protesters. Some expressed the strong will of the people: “Mubarak Go! Saudi Arabia Awaits You!” … “Beat us, hit us all you want, we’re not going to leave.” … “Despite the pain, I will go on protesting.” Others provided insight into the demonstrations: “This is not an Islamic protest movement. It’s everybody.” … “We are all one. We are not less than South Africa, we desire our rights, political rights. Please tell the people in America we want our rights.” Balaghi’s images and messages were moving, especially when one of her colleagues, Amr Shalakany, had written in the early days, “So far no country in the world has spoken up in support of the Egyptian people. Not one.”

The last speaker, Laurel Bestock, assistant professor of archaeology and Egyptology, had just returned from the field in Egypt ten days prior. She provided another perspective on the protests and demonstrations occurring, by examining its effects on Egypt’s antiquities. She described reported lootings and damage, but emphasized that the claims cannot be substantiated and “it is still not clear the extent of the damage to Egypt’s antiquities.” She also recounted reports of ordinary Egyptian people organizing to protect their tombs and temples.