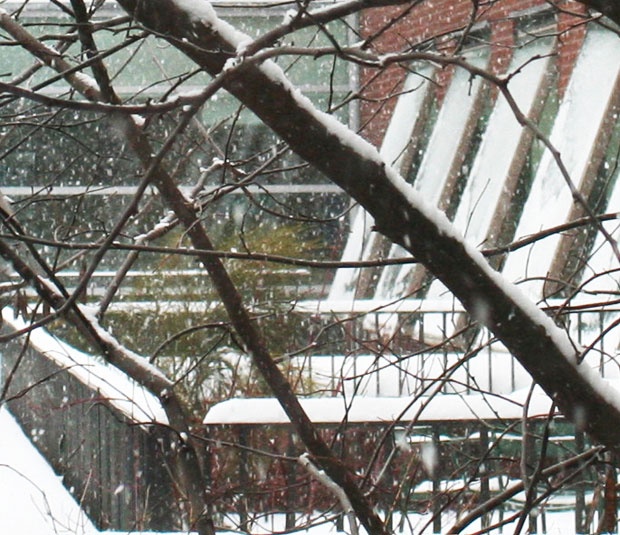 The Watson Institute is benefiting from the generous guidance and outreach of preeminent international academic, business, and political figures on its board of overseers, which has elected new leaders and members over the past year.

David E. McKinney now chairs the Institute’s board, following his long tenure as vice chair, as the term of former Chair John P. Birkelund ended last year. McKinney, a former top executive at IBM who worked closely with Thomas J. Watson Jr., is joined at the helm by publishing executive Karen Elliott House, the new vice chair.
Overseers who have joined the board in this period have also included Craig Calhoun of the Social Science Research Council, Veena Das of Johns Hopkins University, Karen Ho Smith of KMH Management Inc., Human Rights Watch Chair James F. Hoge Jr., David Ignatius of the Washington Post, Ambassador Philip Lader of WPP plc, Anne Pedrero of Waycrosse Inc., Stephen Robert of Renaissance Institutional Management, Saskia Sassen of Columbia University, and Stephen Walt of Harvard University.
“One of the greatest assets Watson has had is the distinction of its board,” said Institute Director Michael D. Kennedy. “Those from its past – most immediately John Birkelund, whose long chairmanship produced many achievements on which we build – leave a legacy of consequence. Those who continue, and who join us anew, are helping us not only to advance our pursuit of excellence, but to anticipate the world as it is becoming and the kinds of knowledge and policy/public engagement that make Watson’s contribution distinctive. We are very fortunate to be joined by such accomplished leaders in scholarship, business, policy, and practice.”
The list of all 17 board members can be viewed here. More information on the recent appointments follows below:
David E. McKinney P'80'82'89, the new chair of the board of overseers, recently retired as president of the Metropolitan Museum of Art in New York. He retired in 1992 from a career as a senior executive of IBM, where he worked closely with Chairman Thomas J. Watson, Jr. He is a director of PAXAR Corp., International Executive Service Corps, Organization Resources Counselors, and the New York Philharmonic. He is also a member of the Board of Trustees for the Paul and Daisy Soros Fellowship, and serves as executive secretary of the Thomas J. Watson Foundation.
Karen Elliott House, the new vice chair, is former senior vice president of Dow Jones & Company and former publisher of all print editions of the Wall Street Journal. House had been president of Dow Jones' international group since January 1995 before being appointed publisher in July 2002. In 1974, she joined the Journal's Washington, DC bureau as a journalist, where she covered energy, environment, and agriculture. She was named diplomatic correspondent in 1978, moved to New York in 1983 as assistant foreign editor, and became foreign editor in 1984. House won a Pulitzer Prize for International Reporting in 1984 for her coverage of the Middle East. In March 1989, she was named vice president of Dow Jones' international group.
She is currently working on a book on Saudi Arabia and is a senior fellow at Harvard's Belfer Center for Science and International Affairs. She is also a member of the Trilateral Commission's Executive Committee.
Craig Calhoun, one of the new overseers, has been president of the Social Science Research Council since 1999. He is also university professor of the social sciences and director of the Institute for Public Knowledge at New York University. Calhoun has taught at Columbia University and at the University of North Carolina at Chapel Hill where he served as dean of the graduate school and director of the University Center for International Studies. He has been a visiting professor in China, Eritrea, France, Norway, and Sudan.

Calhoun received his doctorate from Oxford University and has published widely on topics ranging from social movements and the public sphere to community and kinship, computers and cultural change, and historical approaches to sociological research.
Overseer Veena Das is the Krieger-Eisenhower Professor of Anthropology at Johns Hopkins University and a founding member of the Institute of Socio-Economic Research on Development and Democracy in India. Her overarching interest has been, in her own words, “to understand the working of long time cultural logics in contemporary events as well as moments of rupture and recovery.” She has published widely on feminist movements, gender studies, sectarian violence, medical anthropology, and post-colonial and post-structural theory, including such authored and edited volumes as Structure and Cognition: Aspects of Hindu Caste and Ritual; Mirrors of Violence: Communities, Riots and Survivors in South Asia; Social Suffering; Violence and Subjectivity; Remaking a World; and Life and Words: Violence and the Descent into the Ordinary.
She has a master’s and PhD in sociology from the Delhi School of Economics at the University of Delhi and has taught there, as well as at the New School in New York. She received the Anders Retzius Gold Medal from the Swedish Society of Anthropology and Geography in 1995, and an honorary doctorate from the University of Chicago in 2000. She is also a foreign honorary member of the American Academy of Arts and Sciences.
Karen Ho Smith ’75 P’11’13 is president of KMH Management Inc., an investment management firm she founded in New York. Prior to establishing KMH in 1982, she began her career at Morgan Guaranty Trust Company of New York and subsequently held various research, sales, investment management, and advisory positions at Morgan Stanley Inc., Wertheim Asset Management Inc., and Carnegie Capital Advisors. She is also is affiliated with the S.H. Ho Foundation Ltd.

She graduated from Brown University in 1975 with a BA in economics and received her MBA from Columbia University in 1977. Ho Smith is a member of the Brown University President's Leadership Council, Parents Council, and Advisory Council on China.
James F. Hoge, Jr. is chair of Human Rights Watch’s board of directors and former long-time editor of Foreign Affairs. Hoge has also been a Washington correspondent, then editor and publisher, of metropolitan newspapers in New York and Chicago that between them won seven Pulitzer Prizes under his leadership. He works with several international and academic institutions.
David Ignatius is a columnist for the Washington Post, writing on global politics, economics, and international affairs. He joined the newspaper in 1986 as editor of the Outlook section and then served as foreign editor from 1990 to 1992. Prior to becoming a columnist, Ignatius was assistant managing editor in charge of business news. He is also past executive editor of the Paris-based International Herald Tribune. Before joining the Post he worked for 10 years as a reporter for the Wall Street Journal.

Ignatius has written six novels: Body of Lies (April 2007), The Sun King (1999), A Firing Offense (1997), The Bank of Fear (1994), SIRO (1991), and Agents of Innocence (1987).
Philip Lader P’08’11, the former US Ambassador to the Court of St. James's, is chairman of the WPP plc advertising/marketing services company (including Ogilvy & Mather, J. Walter Thompson, Young & Rubicam, Grey Global, Burson-Marsteller, and Hill & Knowlton, with 141,000 people in 107 countries). He is also a senior adviser to Morgan Stanley, vice chairman of RAND Corp., partner in the Nelson, Mullins, Riley & Scarborough law firm, and a member of the boards of Marathon Oil, AES, and RusAl Corporations, several private equity portfolio companies, the Smithsonian Museum of American History, the Atlantic Council, and the Salzburg Global Seminar.

A member of President Clinton's cabinet, he also served as White House deputy chief of staff, assistant to the president, deputy director of the Office of Management and Budget, and administrator of the US Small Business Administration. He formerly was executive vice president of Anglo-French financier Sir James Goldsmith's holdings (including America's then-largest private landholdings), as well as president of Sea Pines Company and universities in Australia and South Carolina, and a member of the boards of Lloyd's of London, Songbird plc (Canary Wharf), the British Museum, St. Paul's Cathedral Foundation, and the American Red Cross.
Ambassador Lader was educated at Duke (Phi Beta Kappa), the University of Michigan (MA-history), Oxford University (graduate law studies), and Harvard Law School. A member of the Council on Foreign Relations, he has been awarded honorary doctorates by 14 universities.
He is married to Linda LeSourd Lader, a Presbyterian minister, with whom he co-founded (and continues to host) Renaissance Weekends, the non-partisan retreats for innovative leaders from diverse fields. Their elder daughter graduated from Brown in 2008, and their younger daughter is Brown '11.
Anne Pedrero ’91 currently serves as chairman of the board of Waycrosse, Inc., a family office based in Wayzata, Minnesota. From 2000-2005, she was employed as a principal at Cargill Ventures, the strategic venture arm of Cargill Inc., an international marketer, processor, and distributor of agricultural, food, financial, and industrial products and services. Prior to joining Cargill Ventures, she was a co-founder of Daylight Design, a print and online media company in San Francisco. She also worked in partner marketing for Electronics for Imaging.

From 2005 to 2009, she served on the board of Juma Ventures, a youth development non-profit in San Francisco. Currently, she also serves on the board of advisors for the Earthwatch Institute, which supports scientific field research by offering volunteers the opportunity to join research teams around the world.
Saskia Sassen is the Robert S. Lynd Professor of Sociology and co-chair of the Committee on Global Thought at Columbia University. Her research and writing focuses on globalization (including social, economic, and political dimensions), immigration, global cities (including cities and terrorism), new networked technologies, and changes within the liberal state that result from current transnational conditions. Her books in these areas have included The Mobility of Labor and Capital; The Global City; and Territory, Authority, Rights: From Medieval to Global Assemblages.
She is a member of the Council on Foreign Relations and the National Academy of Sciences Panel on Cities. She has received a variety of awards and prizes, most recently, a doctor honoris causa from each Delft University (Netherlands), DePaul University (Chicago), and the Université de Poitiers (France), the first Distinguished Graduate School Alumnus Award of the University of Notre Dame, and was one of the four winners of the first University of Chicago Future Mentor Award covering all doctoral programs. She was a Centennial Visiting Professor at the London School of Economics for many years, and is now a fellow of Girton College, Cambridge University, UK.
Stephen Walt holds the Robert and Renee Belfer Professorship in International Affairs at the John F. Kennedy School of Government at Harvard University. He previously taught at Princeton University and the University of Chicago, where he served as master of the Social Science Collegiate Division and deputy dean of social sciences.
He has been a resident associate of the Carnegie Endowment for Peace, a guest scholar at the Brookings Institution, and co-editor of the Cornell Series in Security Affairs. Walt is the author of Taming American Power: The Global Response to U.S. Primacy and co-author of The Israel Lobby and U.S. Foreign Policy, among other works, and is a contributing editor at Foreign Policy magazine. His daily weblog is http://walt.foreignpolicy.com.

He was elected a fellow in the American Academy of Arts and Sciences in May 2005.

Details on the full board are available here.